Purported parts for the iPhone 6 are continuing to surface, with Apple.club.tw sharing a new blurry photo [Google Translate] of what appears to be the front LCD frame of the device, complete with metal shielding that would separate the LCD itself from the remainder of the internals, as well as a metal bracket covering the home button.

While it is not confirmed that this part is indeed from the 4.7-inch iPhone 6, it is consistent with similar parts seen on previous iPhones. Apple.club.tw claims that it is the proper size for the larger iPhone 6, and that certainly appears reasonable based on how it looks in the hand.

The front panel seen in several recent photo and video leaks would attach to the opposite side of the frame shown in the new photo, covering the LCD and providing the smooth look of the device's front. That entire assembly would be fitted to the rear shell also seen in recent leaks, sandwiching around the battery, logic board, and other internals of the iPhone 6.

Update Jul 24 4:30 PM: According to an iFixit teardown, this part was actually for the Amazon Fire Phone.

blurry=Legit.. I'd totally trust this news


It's a fake. The fingernails are way too short.
Score: 29 Votes (Like | Disagree)

blurry=Legit.. I'd totally trust this news

It's a fake. The fingernails are way too short.

So all that metal shielding will certainly add substantial weight to the device, right? Although weight has never been a deal breaker to me.

No more weight than usual. That shield is in previous iPhones too. This is a good idea of how it all fits together, with the display behind the shield (iPhone 5s from iFixit): 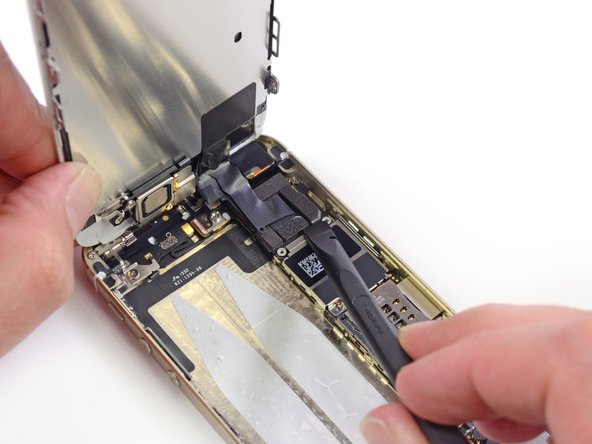 Yes... you are correct.
Score: 3 Votes (Like | Disagree)
Read All Comments

Tuesday March 2, 2021 5:20 pm PST by Joe Rossignol
Installing the upcoming macOS 11.3 software update on an M1 Mac may result in Rosetta 2 being removed in one or more regions around the world. In the third beta of macOS 11.3 seeded to developers for testing today, MacRumors contributor Steve Moser uncovered new strings in the beta's code indicating that "Rosetta will be removed upon installing this update." Another new string reads "Rosetta ...
Read Full Article • 346 comments