Apple's first-generation iWatch is awaiting certification from the U.S. Food and Drug Administration (FDA) before it enters mass production for a launch this Fall, claims Chinese website Laoyaoba (Google Translate, via GforGames). Citing inside sources, the site claims that Apple has already finalized the design and specifications of the watch, noting that the company is trying to get the device certified as medical equipment. 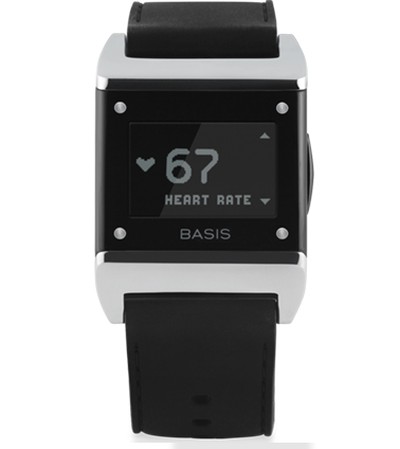 The Basis Health Fitness Tracker
It was reported earlier this month that Apple had met with the FDA in December to discuss a number of topics, with some suggesting that Apple might be laying some groundwork for the iWatch. However, a memo issued by the FDA noted that the dialogue merely revolved around its guidance on mobile apps and making sure that the technology industry and regulators are on the same page.

Laoyaoba also claims that the iWatch will come with a number of advanced health sensors, including those that measure heart rate, blood pressure, and blood glucose. Apple has also apparently developed an in-house sweat analysis sensor for the iWatch, which will all work with iOS 8's Health app to track various health metrics.

This information also contrasts a number of past reports that pointed to the iWatch focusing on more simple functionality to make the health-tracking experience more accessible to everyone. While Apple hired a number of personnel with expertise in fields like blood glucose monitoring, it has been noted that such technologies may not make it into the first-generation iWatch, which require a lengthy-approval process from the FDA and complex hardware integration.

Reports from the The Wall Street Journal and Reuters yesterday noted that Apple is also still trying to finalize specifications for the device. Notably, the Wall Street Journal report suggested that the iWatch will ship in "multiple versions", while the Reuters report said that the device will sport a 2.5-inch screen and feature wireless charging and pulse sensing capabilities.

The iWatch is expected to be revealed and launched in October, which was a date reported earlier this month by Re/code.

heimo
No blood alcohol sensor? Not gonna buy it. I want my watch to stop me texting when I'm drunk.
Score: 16 Votes (Like | Disagree)

How would the swear sensor work? What would it be looking for?

Health tracking is not the next big thing.

There's a reason why those Fuelbands and Fitbits never caught on.

mikethebigo
These leaks don't seem random or accidental. I bet Apple has finalized the design, is good to go with production, and now is starting up the hype machine.

As a medical provider, I'm actually pretty excited about the possibility of blood glucose monitoring. And at least in America, that will certainly get quite a large percentage of the population on board!
Score: 10 Votes (Like | Disagree)
Read All Comments

Monday June 14, 2021 8:00 am PDT by Eric Slivka
We've seen a lot of teasers about the Beats Studio Buds over the past month since they first showed up in Apple's beta software updates, and today they're finally official. The Beats Studio Buds are available to order today in red, white, and black ahead of a June 24 ship date, and they're priced at $149.99. The Studio Buds are the first Beats-branded earbuds to truly compete with AirPods...
Read Full Article • 170 comments

Saturday June 12, 2021 7:01 am PDT by Sami Fathi
In a currently unlisted ad on YouTube, Apple is promoting the versatility, portability, and power of the M1 iPad Pro in a fun musical inspired by The Little Mermaid's "Part of Your World" soundtrack. In the ad, which features the main character using an M1 iPad Pro, Magic Keyboard, and Apple Pencil, multiple users can be seen struggling with their old PCs indoors while hoping that they can...
Read Full Article • 371 comments

Monday June 14, 2021 12:50 pm PDT by Juli Clover
Some M1 iMacs appear to have a manufacturing defect that causes the display to be mounted on the stand in a way that's not perfectly aligned, leading to a crooked display. YouTuber iPhonedo over the weekend published a review of the M1 iMac, and he found that his machine appeared to be tilted on one side, a mounting disparity that was visibly noticeable and proved with a ruler. Another...
Read Full Article • 213 comments