Glucose Sensing Likely Too Challenging to Include in First-Generation iWatch

Apple's iWatch has been rumored to include a glucose monitoring feature, but how that feature would be implemented is still unknown. One report from earlier this month indicated that a "Healthbook" app under development for iOS 8 will be able "to read glucose-related data," while another report has warned not to expect glucose sensing built directly into the initial iWatch. The two reports are not necessarily conflicting given the possibility of Healthbook interfacing somehow with third-party glucose-monitoring devices, but a new report from Network World argues that the technology is indeed too early in its development to be incorporated into a mainstream consumer device such as the iWatch.

Heisler points to C8 Mediasensors and its non-invasive continuous glucose monitoring (CGM) device, the HG1-c, as an example of how this technology is still in its infancy. It's a relevant example as Apple has hired several research scientists and engineers from the now defunct company and is presumably using their knowledge to explore bringing CGM to the iWatch.

The HG1-c device relied on Raman spectroscopy to indirectly measure a person's blood glucose level. This technique shines light through the skin in order to excite blood glucose molecules and cause them to vibrate. An optic sensor then analyzes the amount of light reflected off these vibrating molecules and returns a reading that is used to calculate an approximate glucose level. 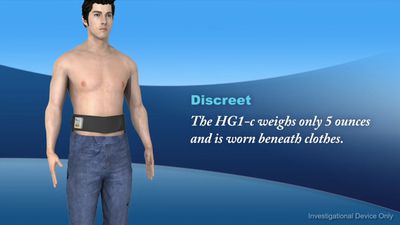 Though innovative, the technology has flaws that make it impractical for a wrist-worn device. The sensor unit was attached to a belt that was worn around the waist and required a large battery pack to operate. It also needed a gel to accurately measure light levels, which were influenced by ambient sunlight. This sunlight sensitivity was highlighted by former C8 employee Charles Martin, who spoke to Network World.

Yes, the camera sensor had to be shrouded in darkness to function. You have to understand that Raman Spectroscopy is looking for a very faint signal emitted by the glucose molecules. A rough analogy: try to pick out someone's voice in a noisy room. The sunlight was this kind of noise that the camera sensor was not calibrated against. They did try to implement algorithms to discount measurements against sunlight anomalies, but some of the anomaly criteria these algorithms were supposed to detect, overlapped. This made things hard to verify and test on the device.

Apple likely can overcome many of these limitations, but it will take time to transform the technology to the point where it is reliable enough to be used as a diagnostic or monitoring device. Once Apple improves the technology, it will need to receive FDA approval, which is a painstaking process with extensive clinical trials and documentation.

If Apple goes down this route, it could take up to 18 months just to receive approval necessary to sell the device. Given this lengthy approval process and the fact that evidence of Apple earnestly assembling its iWatch biometric research team only started surfacing around early 2013, Heisler believes "the notion that this feature will appear in the first iteration of the device is highly improbable."

Instead of measuring glucose levels, the iWatch may allow users to monitor glucose levels by importing them from a glucose monitoring device or by manually entering them into the accompanying Healthbook app for iOS. Apple is rumored to be working on the health and fitness app, which uses a card-based interface to track vital health statistics such as heart rate, weight and step count.

This thing is beginning to sound more and more like the Galaxy S 4. All I'm reading about are a bunch of functions that maybe 5% of the population will actually care to use on a regular basis.

This whole iWatch thing is BS. Just make a wider iPhone and put out an iOS version that doesn't crash my iPad and let's move on.
Score: 10 Votes (Like | Disagree)

CausticSoda
The more I read about this thing, the less I want one. The endless messages my iPhone pops up are bad enough. Can you imagine getting this sort of thing each day?

Hello. It appears you are in or near a restaurant. You should stop eating, you are obese.
Hello. I predict you are about to have heart attack.
Hello. You have entered 60 minutes of swimming exercise this afternoon but my location records show you have been to a pub 4.7 miles from the nearest swimming pool. This message has been sent to all your iOS devices, including your wife's.
Hello Barman. It appears Tom has just asked you for an alcoholic beverage. I do not think you should serve this man. He is 3 alcohol units above his weekly total.
Hello. It appears you need an insulin injection. I think.
Hello. You have been in the pub and movements of your body suggest you may be driving. As you did not tick the "do not grass me up box" this information and your location have been sent to the police.
Hello. It appears you are running. Here are three sports shops near you now.
Hello. Are you in a restaurant? Computing your requirements... You should order lettuce soup, half a cucumber, a cup of lavender tea and, as a treat, 0.0435 g of dark chocolate. Enjoy your meal.
Hello. During your meal you have moved your hand towards your mouth four times. You have either left some food or are putting too much on your fork. Did you know this can lead to an average lifespan reduction of 0.000000687676 days?

T-Will
If only Apple had experience shrinking down bulky technology... 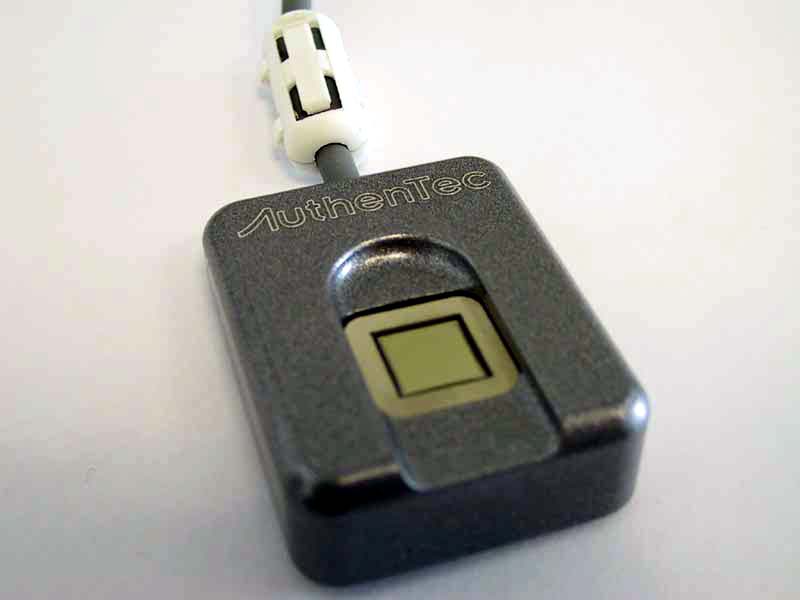 Old Muley
They should just invent some kind of implantable iDevice and be done with it.
Score: 4 Votes (Like | Disagree)

chrmjenkins
Interesting territory as it would potentially open them up to medical liability. Tread lightly.
Score: 4 Votes (Like | Disagree)