King, the developer behind mega-hit Candy Crush Saga, was recently awarded a UK trademark on the term "candy" for use in video games and is awaiting approval on a similar trademark in the United States. With Apple in some cases assisting King in targeting apps with "candy" in their names, developers unhappy with King's IP strategy have responded with a protest that is seeking to flood the iOS App Store with candy-themed games, according to reports from Pocket-lint and Slate. 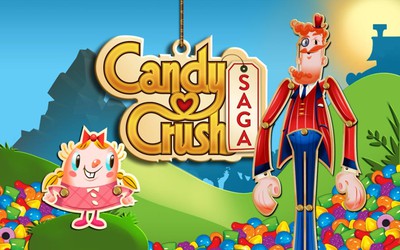 Organized by the Candy Jam website, the group exhorts game developers to "fight trademark trolling" by making a candy-themed game between now and February 3. The game-making jam is meant to protest the trademark system and King's aggressive business tactics, and developers have already submitted more than 100 apps with different combinations of the words "candy," "saga," "scroll," "apple" and more.

King CEO and co-founder Riccardo Zacconi says the company is "not trying to control the world’s use of the word candy," clarifying that King will only use the trademark "to prevent others from creating games that unfairly capitalise on our success." Zacconi also defends his company against allegations that it released a game, Pac-Avoid, that cloned an existing game from developer Stolen Goose. Zacconi explains the company "should never have published Pac-Avoid" and has apologetically pulled it from its website.

roboclint
'King CEO and co-founder Riccardo Zacconi says the company is "not trying to control the world's use of the word candy," clarifying that King will only use the trademark "to prevent others from creating games that unfairly capitalise on our success."'

CJM
Well they tried to sue the makers of The Banner Saga, for use of the word 'saga', so you know they're being completely honest.
Score: 16 Votes (Like | Disagree)

charlituna
The trouble with his comments is that there are games with candy in the title that predate him. His trademark would basically make it illegal for those games to have a digital version because he controls Candy used with video games. So say 'candyland' now legally can't go digital without changing their name or some how successfully arguing that candy and candyland are not at all the same

I get his intent to keep folks from cloning his game or using similar names to confuse folks but how it was done was not correct or cool and I can't believe the UK allowed it. I hope the US doesn't or if they do someone immediately sues.
Score: 14 Votes (Like | Disagree)
Read All Comments