Apple Has Raised $65 Million for (Product) RED Fight Against AIDS

U2 singer Bono, who heads up the (Product) RED charity Apple has collaborated with since 2006, today announced (via TechCrunch) Apple has raised more than $65 million to fight AIDS in Africa.

Since it first debuted a special edition (Product) RED iPod nano in 2006, Apple has released a number of (RED) devices, including several iPod nanos and shuffles. The company has also produced a (RED) iPad Smart Cover, iPad mini Smart Cover, and an iPhone Bumper, along with a new (RED) iPhone 5s case. For every (RED) product bought, Apple donates a portion of the purchase price to the charity.

(RED) works with companies like Apple to fight for an AIDS-free generation by 2015 by creating (PRODUCT) RED merchandise. A percentage of gross profits from the sale of those products goes to the Global Fund to help fund AIDS programs in Africa.

(Product) RED is affiliated with several other companies in addition to Apple, including Starbucks, Nike, and American Express, raising more than $200 million to date.

ghostface147
Man I wish there was a (Product) RED version of the iPhone.
Score: 28 Votes (Like | Disagree)

Indeed! An anodized red one would be superb! 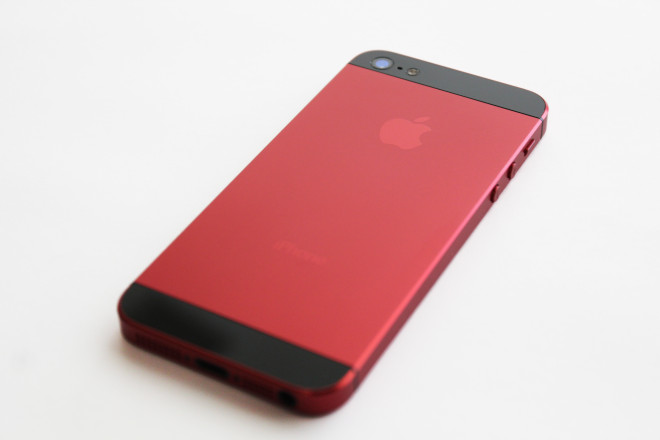 cclloyd
I thought the numbers would be much higher than that...
Score: 11 Votes (Like | Disagree)

Bare
I haven't contributed yet, but I might have to with a case or cover for the iPad 5. That red is striking.
Score: 7 Votes (Like | Disagree)

Dude, put down the coffee.

Acidsplat
A Product Red iPhone would be incredibly tempting, at least for me.


EDIT: Ghostface beat me to it!
Score: 5 Votes (Like | Disagree)
Read All Comments

Tuesday March 2, 2021 5:20 pm PST by Joe Rossignol
Installing the upcoming macOS 11.3 software update on an M1 Mac may result in Rosetta 2 being removed in one or more regions around the world. In the third beta of macOS 11.3 seeded to developers for testing today, MacRumors contributor Steve Moser uncovered new strings in the beta's code indicating that "Rosetta will be removed upon installing this update." Another new string reads "Rosetta ...
Read Full Article • 347 comments