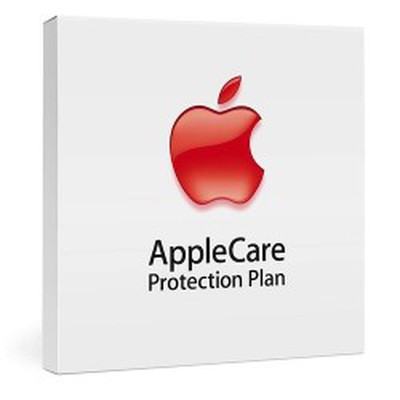 Apple was taken to task today in a speech by EU Justice Commissioner Viviane Reding, who had previously encouraged member countries to follow Italy's lead in examining Apple's practices.

"This case and the responses I received since I sent my letter have highlighted rather clearly just why the Commission cannot sit on the side-lines on enforcement issues," she said. "The approaches to enforcement in these types of cases turn out to be very diversified and inconsistent at a national level. In at least 21 EU Member States Apple is not informing consumers correctly about the legal warranty rights they have. This is simply not good enough."

Concerns over Apple's actions relate to its promotion of AppleCare as an extended warranty program on top of the standard one-year warranty Apple offers on its products. EU consumer laws require two years of protection, and the company has been accused of not sharing that information with customers while trying to sell them AppleCare coverage.

Apple does, however, note on its website that there are a number of differences between the protection required by EU consumer laws and Apple's own standard and AppleCare warranty packages, differences that it no doubt believes still make AppleCare a worthwhile purchase for many customers.

Apple's continued difficulties in Europe come just as the company has quietly adjusted its practices in Australia to comply with consumer protection laws in that country requiring coverage for a "reasonable" time from the date of purchase.

I'm sorry, but they do comply with European law. However, is the EU expecting them to tell people about their rights when they purchase? Surely it's your own responsibility to know your own rights.

No. but they will be expected to stop misleading customers into purchasing something they don't need. Those comparisons don't really compare.
Score: 30 Votes (Like | Disagree)

iGrip
When is Apple going to learn that screwing over its customers is bad business?
Score: 28 Votes (Like | Disagree)

I'm sorry, but they do comply with European law. However, is the EU expecting them to tell people about their rights when they purchase? Surely it's your own responsibility to know your own rights.

By the same logic, if you're fined for playing golf in a park, or not picking up dog crap - you can't use the excuse "there were no signs" - you're expected to know.


What a bunch of BS! FACT is that Apple tried to let consumers believe that the legal warranty only counts for 1 year, and tried to persuade consumers to buy Apple Care during the period that you're still under legal warranty. That's called screwing people over.
Score: 25 Votes (Like | Disagree)

If people in the EU need to be handheld to buy an extended warranty it certainly explains why they are having so many financial problems over there.


Classy. We'll ignore the role your lot played in it with your greed and inability to understand basic economics.

But carry on with the jingoistic bullcrap...
Score: 13 Votes (Like | Disagree)

ur saying no one needs applecare?


It's how aggressively they push Extended Apple care and tell people the warranty is 12 months.
Score: 12 Votes (Like | Disagree)

In reality, EU Consumers don't get a warranty at all. It's more like a lemon law. If they buy defective merchandise, but don't find out until a year later, they can get it fixed. For example, the first time a consumer uses the headphone jack, a year after they purchased the phone, it doesn't work.

The Apple warranty allows you to get a repair if the 200th time the headphone jack doesn't play sound. The defect wasn't present at the time the product was purchased, but came about later.

Lawyers just love to sue Apple because Apple has money, that's all there is to this.

This is simply wrong. If my headphone jack breaks after the year period is over I state in my complaint that the product is quite simply 'not fit for purpose'. A product should be able to be used as intended for a reasonable period of time. If Apple object I bring in the Office of Fair Trade (UK example). I can assure you I will get my product replaced or repaired under my two year warranty.

Please note I don't have to get some lawyer involved to get this done. My country offers me protection for such occurrences.
Score: 11 Votes (Like | Disagree)
Read All Comments