TechCrunch reports that Philips has created an official developer program for its Wi-Fi connected Hue home lighting system, which includes an SDK for iOS and APIs to allow hardware and software developers to integrate Hue into their products.

Hue, which is exclusive to iOS, allows users to control LED lightbulbs via the iPhone and an accompanying bridge that uses the ZigBee communication protocol. 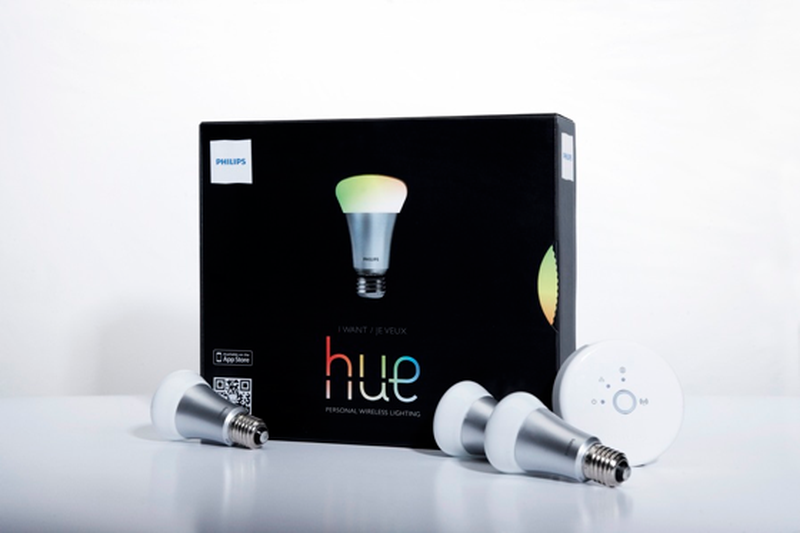 "We're now at a point where there are already about 10 applications that have been shared and built from the unofficial developer community for new applications around Hue," explained George Yianni, Hue System Architect in an interview. "Now what we want to do as Philips is we actually want to help and grow and encourage this community, and give them tools and proper documentation. Also, we want to give them commitment that this is the API and we’re going to support it and it won’t change overnight."

Though Hue-integrated third party apps such as last week’s Ambify have been released, these solutions do not use official APIs. According to Yianni, the unavailability of official APIs is the main reason that the Hue has yet to be integrated into additional apps and connected home devices.

The new Hue tools are freely available for all developers interested in creating a product or an app that connects to the system.

Philips plans to add additional functionality to the Hue in the future, focusing on geofencing, scheduling, and other sensor capabilities. The company is also working on expanding the Hue line with new lightbulb types.

H2SO4
If these systems weren't set at fantasyland prices I'd have them all over my house and Philips would have a customer before other manufacturers jump in with thier offerings.
As it is, I'm holding on to my money and Philips make nothing on me.
Score: 8 Votes (Like | Disagree)

If these systems weren't set at fantasyland prices I'd have them all over my house and Philips would have a customer before other manufacturers jump in with thier offerings.
As it is, I'm holding on to my money and Philips make nothing on me.

I have 8 bulbs through out my house. Cost is relative.
Score: 7 Votes (Like | Disagree)

Hence he said "I'd have them," not 'Everyone would have them.'


Then let me put it another way. "Fantasyland pricing" is relative to what you find to be good value for the money. First of all, they're led lights, which are not only expensive, but last upwards of 20 years. Second, they're network connected. Third, they are a fully integrated, holistic system. Nobody else has "undercut" them yet.

When they were announced (the only place I saw any press on them was Macrumors and 9to5 Mac) they flew off the shelves. I had to drive to three different Apple stores in two days to be able to find a system and three additional bulbs. And every other store I called said they were selling out as fast as they could get them in. So I'd say that there is a market for them.
Score: 3 Votes (Like | Disagree)

You're an exception to where a $200 is not a big deal to where you can use them all over your house. The term "Fantasyland pricing" was used appropriately to describe a $200 light bulb.


While they are $50 a bulb, I don't understand why people don't understand new tech costs a lot. New tech doesn't happened by magic, there is a high upfront cost to the company and as they recoup these cost the price comes down...
Score: 2 Votes (Like | Disagree)
Read All Comments