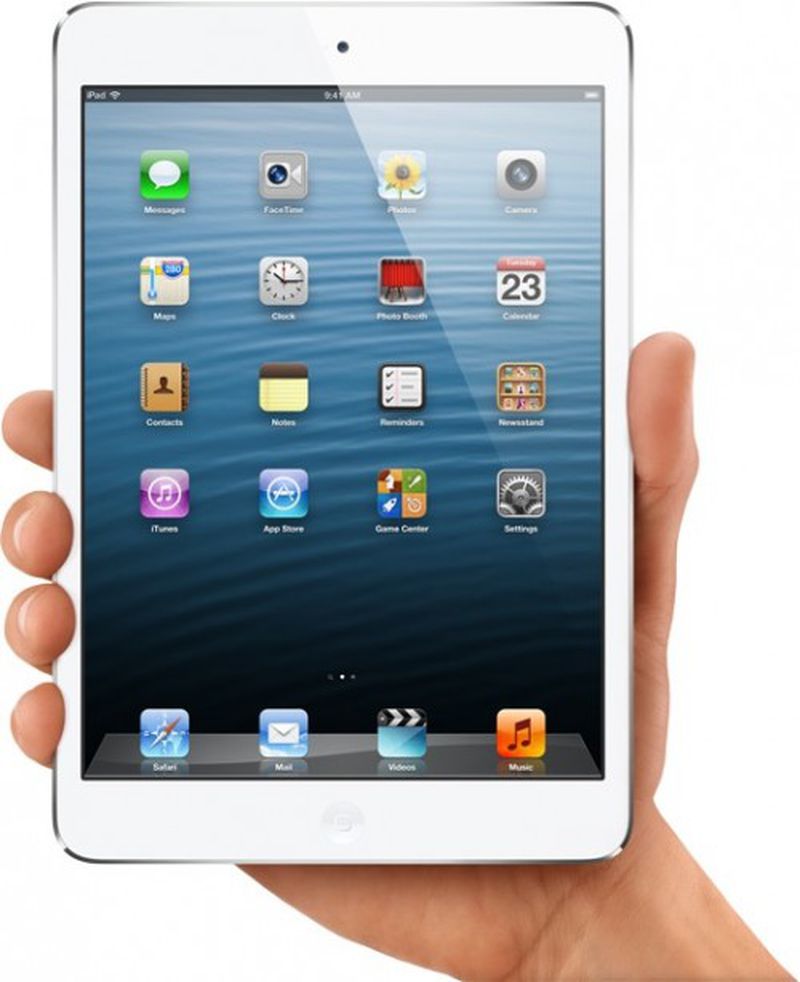 According to a report from Digitimes, Apple supplier AU Optronics has managed to improve its poor iPad mini display yields, finally leading to increased availability of the current iPad mini and a solid infrastructure for the production of displays for the next generation mini.

Due to AUO's yield issues throughout the second half of 2012, cumulative shipments of the iPad mini were less than Apple's originally estimated 10 million units. However, the sources said AUO has solidified higher yields as of the first quarter in 2013, which will help keep the iPad mini in supply as well as most likely push up AUO's tablet panel shipments on year in 2013.

The iPad mini has been in short supply since its release in October 2012, after some models sold out just minutes after pre-orders began. Reports cited display production as the limiting factor, which led to ship times of up to two weeks.

Just today, we reported that Apple managed to reach supply-demand balance on the iPad mini. The tablet is now listed as "in stock" for immediate shipment from several online Apple Stores, which confirms the display yield improvements.

Digitimes is also reporting that AU Optronics has begun production of displays for the second generation iPad mini. Rumors have suggested that the next iPad mini will be equipped with a Retina display, and a report from November stated that AU Optronics was gearing up for production.

Retina is widely believed to be the next logical step for the iPad mini, and while there are no concrete hints on when an updated mini will be released, KGI Securities Analyst Ming-Chi Kuo recently predicted that both the iPad mini and the full sized iPad will be updated in the third quarter of 2013.

japanime
If the next one is retina, I'm definitely buying one.
Rating: 12 Votes

KylePowers
I absolutely love the size and weight of the iPad Mini. I think it's damn near perfect and if it gets a retina display (which seems 99.9%) likely, I will definitely be selling off my iPad 3rd gen for one. Though, I could very well be conflicted if the iPad 5th gen gets redesigned, slims down, and loses some weight. It'd be a tough choice!
Rating: 10 Votes

nagromme
The source is Digitimes. They report hundreds of plausible things, some based on things we know from other sources already (adding nothing) and some of which by luck turn out to be true. Few people bother to note all the times they're wrong, but their track record is poor (http://techland.time.com/2012/05/14/digitimes-apple-rumors/).

I'm sure Digitimes loves the attention, but disregard this as pure speculation. Not a real "source."

As for retina, all of the following must be solved first:

* Bigger battery to drive that power-hungry display (remember: the iPad 4 is thicker and heavier than the iPad 2 for this reason!)

* Bigger battery to drive the powerful CPU and GPU needed to drive all those pixels.

* Fitting the thicker retina display in the same thin case... so maybe the battery has to be... smaller?

* Achieving high enough yields of the new display--and being confident of those yields (why make a better iPad if that means selling fewer?)

Hungry&Foolish
If the next one is a retina with 9.7 inch screen. I am buying one.:D
Rating: 8 Votes

MarkLal
iPad mini with a retina display, I'd camp for that. :D
Rating: 6 Votes

yearofthe
Retina or half the people here will blow-up..
Rating: 5 Votes

zbarsky
If the full size iPad loses some weight and bezel, then a retina mini will be less of a temptation.
Rating: 4 Votes

KPOM
The iPad Mini is already great. As soon as it gets Retina treatment, it will be nearly perfect.
Rating: 4 Votes

gto55
Retina display is no longer an argument in favor of apple, any Chinese or Korean manufacturers propose a smartphone or tablet with a resolution of 720p and more (check products of cube, oppo, huawei, Xiaomi, onda , hTC, LG, UMi, JiaYu etc ...).

Apple should instead focus its attention on a fundamental change for its mobile OS, Android , today, has nothing to envy, it's rather the opposite ...

Peace
If the next one has Retina and a more powerful SoC I'll sell my iPad 4 and get one.
Rating: 3 Votes