The new update will mean that the 8GB version of the iPhone 4 will be the entry-level iPhone, probably given away free on £20 per month contracts, as the 3GS is currently. Sources close to retailers also suggested that an 8GB version of the 4S could be introduced.

According to the report, Apple will be releasing the iPhone 5 with three different capacities, presumably the same 16 GB/32 GB/64 GB lineup seen with the current iPhone 4S.

It would certainly not be a surprise for Apple to discontinue the iPhone 3GS in order to keep its iPhone family at three separate devices with the cheapest being offered for free on contract. Shifting the iPhone 4 into the position currently held by the iPhone 3GS would also give more carriers the ability to offer a free iPhone, as the iPhone 4 is available in both GSM and CDMA versions while the iPhone 3GS is only available as a GSM device. 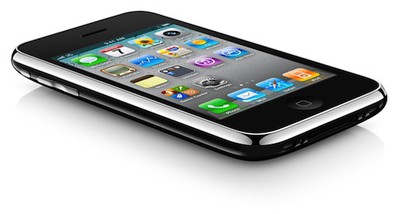 The iPhone 3GS would likely be most missed by contract-free customers, prevalent in high numbers in many emerging markets. Apple currently sells the unlocked, contract-free iPhone 3GS for $375 in the United States and at somewhat higher prices elsewhere such as 2888 yuan ($455) in China, and it could presumably drop that price even further if it elected to continue offering the device alongside the three other iPhone models.

B777Forevar
Meh, the 3GS had a good run. Should of been dropped long ago.
Score: 18 Votes (Like | Disagree) 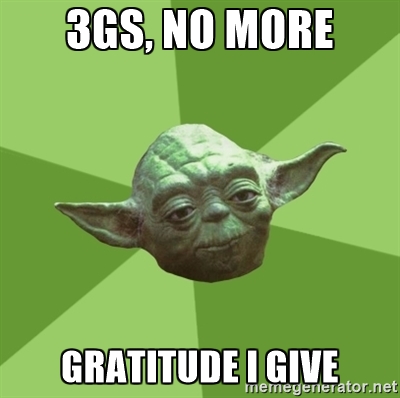 Dwalls90
They've done this for the past years.

Doubt the storage options the right of the "/" but Apple may surprise us.
Score: 11 Votes (Like | Disagree)

They've done this for the past years.

Doubt the storage options the right of the "/" but Apple may surprise us.

Monday June 14, 2021 8:00 am PDT by Eric Slivka
We've seen a lot of teasers about the Beats Studio Buds over the past month since they first showed up in Apple's beta software updates, and today they're finally official. The Beats Studio Buds are available to order today in red, white, and black ahead of a June 24 ship date, and they're priced at $149.99. The Studio Buds are the first Beats-branded earbuds to truly compete with AirPods...
Read Full Article • 172 comments

Saturday June 12, 2021 7:01 am PDT by Sami Fathi
In a currently unlisted ad on YouTube, Apple is promoting the versatility, portability, and power of the M1 iPad Pro in a fun musical inspired by The Little Mermaid's "Part of Your World" soundtrack. In the ad, which features the main character using an M1 iPad Pro, Magic Keyboard, and Apple Pencil, multiple users can be seen struggling with their old PCs indoors while hoping that they can...
Read Full Article • 371 comments

Monday June 14, 2021 12:50 pm PDT by Juli Clover
Some M1 iMacs appear to have a manufacturing defect that causes the display to be mounted on the stand in a way that's not perfectly aligned, leading to a crooked display. YouTuber iPhonedo over the weekend published a review of the M1 iMac, and he found that his machine appeared to be tilted on one side, a mounting disparity that was visibly noticeable and proved with a ruler. Another...
Read Full Article • 222 comments

Apple and Google 'Duopoly' to Come Under Scrutiny in the UK