Apple's Hiring of an Outsider is Out of Character

Earlier this week, Tim Cook announced the hiring of John Browett to replace Ron Johnson as the Senior Vice President of Retail at Apple. After spending more than 10 years at Apple, building the world's most successful retail chain from scratch, Johnson was appointed CEO at JC Penney with the difficult task of turning around one of the country's most well-known department stores.

Johnson announced his departure from Apple in June of 2011 and by August Apple's recruiters were in full-swing looking for a replacement. Curiously, for a company where nearly the entire executive team is home-grown, reports emerged that Apple was using executive search-firm Egon Zehnder to assist with finding the perfect candidate. The Wall Street Journal reported that Steve Jobs, at the time still on medical leave, was intimately involved in the decision to hire an outside firm "mainly because he wants to consider executives who are based abroad." 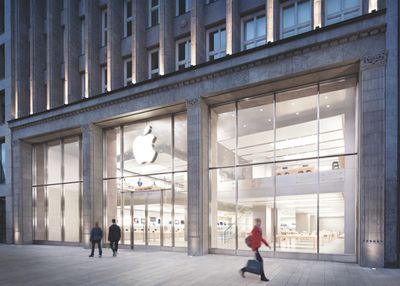 The entire executive team at Apple, aside from the just-hired Browett and Bruce Sewell, Apple's general counsel, has been with the company for more than 10 years. Aside from the general counsel position, Apple's leadership team has remained fairly consistent through the second Steve Jobs era.

Of nearly two dozen current and former executives, only a bare handful were hired from outside the company rather than being promoted from within, and only one -- general counsel Bruce Sewell -- is still with the firm. Apple's most famous crash-and-burn external hire was that of Mark Papermaster, a long-time IBMer who was hired by Apple in 2008 as Senior Vice President for Devices Hardware Engineering. After a lengthy court battle with IBM over a non-compete clause he had signed, he was put in charge of the teams behind the iPod and iPhone, and presumably the early development of the iPad as well.

Papermaster finally started work at Apple on April 24, 2009, nearly six months after he was originally hired. He left the company after only 15 months, just after the Antennagate scandal.

He was in charge of the division that created the iPhone 4, and Papermaster's departure would seem to be that of an executive who fell on his sword over perceived issues with Apple's flagship product. However, Adam Lashinsky's book Inside Apple notes that there was more to it than a simple product miscue. Papermaster's years at IBM left him ill-prepared for the aggressive corporate culture at the top of Apple.

Steve Jobs was on medical leave when Papermaster, who declined repeated requests to be interviewed, started at Apple. By the time Jobs returned, the word on Papermaster was that he wasn't fitting in. He wasn't seen as fighting hard for his division, a requisite internally. "Papermaster is a really nice guy, proverbially the guy you'd want to have a beer with," said someone who interacted with him during his time at Apple. "He is warm, patient, and willing to listen--just not the right qualities for Apple. It was so painfully obvious to everyone." It was said that when he came back to work, Jobs paid little attention to Papermaster, meaning the new executive had achieved "bozo" status in the founder's exacting judgement."

Inside Apple is full of tales of the unique culture at Apple, such as the lack of profit-and-loss reports for individual divisions, like those that exist at most large companies. Apple's idiosyncratic culture and the complete lack of external hires at the top -- plus the short life-spans of those that have been tried -- mean John Browett, currently the CEO of European technology retailer Dixons Retail, could be in for a bumpy ride.

From both Apple's press release announcing the move and an email Tim Cook sent to an Apple customer about Browett's hire, it's clear that Apple is not hiring Browett for his experience at Dixons. Browett's hire has raised some concerns from Apple fans because of poor shopping experiences at the different retailers he was in charge of. Instead, Cook is hiring Browett for his enthusiasm for amazing customer service -- something Apple puts a lot of stock in -- as well as his international expertise.

John Browett is Tim Cook's first major hire as CEO, and a lot of analysts and Apple fans will be watching to see how it plays out. Though it is likely Steve Jobs had extensive input on the process both before he resigned as CEO and before he passed away, Tim Cook is indisputably in charge.

The first Apple Store opened in 2001, more than 10 years ago. Apple Retail's second 10 years are called the "decade of significance" within the company. It seems likely that retail will continue to be Apple's most noteworthy corporate initiative -- showcasing both the brand and its products to millions of visitors a week -- and John Browett, a complete outsider, is Apple's choice to run it.

Grimace
Love the original reporting! It's nice to see MR as more than an aggregator of other articles. Well written, and well done!
Score: 20 Votes (Like | Disagree)

"Papermaster is a really nice guy, proverbially the guy you'd want to have a beer with," said someone who interacted with him during his time at Apple. "He is warm, patient, and willing to listen--just not the right qualities for Apple. It was so painfully obvious to everyone."


I get that corporate culture is rough and competitive, but lord, do you have to be a p***k to work at Apple???
Score: 14 Votes (Like | Disagree)

Papermaster was "warm, patient, and willing to listen--just not the right qualities for Apple."

This does not reflect well on the rest of the team, as it certainly implies they are not willing to listen and act like mature adults. :(

Would do you mean by this?

I'm just guessing, mind you, but I think he means that the executive team is not willing to listen and does not act like mature adults.

I also think he means that being warm, patient, and willing to listen are not valued qualities in Apple executives.

I'm just guessing, mind you. It's a stab in the dark.

I am also guessing that you would say that the valued qualities (not listening, not acting like mature adults) is good - look at the end product of that behavior. Also those qualities must be good, because they are qualities valued at Apple.

Another blind stab in the dark.:rolleyes:
Score: 10 Votes (Like | Disagree)

Doesn't look like diversity has reached the executive suite at Apple.
How 1950's.

If someone is the best person for the job then they should hire them regardless of gender or ethnicity.
Score: 9 Votes (Like | Disagree)

Instead, Cook is hiring Browett for his enthusiasm for amazing customer service...

How can Browett, a man for years in charge of a big retail chain, renowned for it’s dire customer service, be labelled as having enthusiasm for amazing customer service??? This does not compute. :confused:

And yes… Kudos on the write-up Jordan! A good read.
Score: 7 Votes (Like | Disagree)

Kris400
I don't get it at all. "Amazing customer service"? - that's the one thing that's TERRIBLE here at Dixons and PC World.

The people working at these places just come across as cheap salesman trying to flog as much stuff as possible, who will say anything to succeed no matter what.
Score: 7 Votes (Like | Disagree)
Read All Comments

Sunday July 3, 2022 8:07 pm PDT by Sami Fathi
While past rumors have indicated the upcoming second-generation AirPods Pro will feature a built-in heart rate and body temperature sensor, Bloomberg's Mark Gurman has cast doubt on those rumors turning out to be true, saying instead such a feature is unlikely to come anytime soon. "Over the past few months, there have been rumors about this year's model gaining the ability to determine a...
Read Full Article • 73 comments

Monday July 4, 2022 5:50 am PDT by Hartley Charlton
Apple is working on an Apple Watch Series 8 model with a larger display, according to DSCC's Ross Young and Haitong International Securities's Jeff Pu. In October last year, Young suggested that the Apple Watch Series 8 could come in three display sizes. Now, responding to a query about the rumor on Twitter, Young claims that the additional display size joining the Apple Watch lineup will be ...
Read Full Article • 197 comments