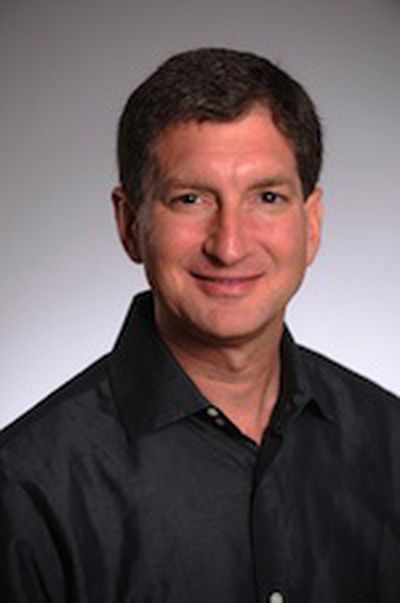 The New York Times reports that Mark Papermaster, Apple's Senior Vice President of Devices Hardware Engineering, has left the company. Papermaster has been heading up Apple's iPhone and iPod engineering teams since he began work with the company in April 2009.

Mark Papermaster, the Apple executive in charge of hardware for the company's flagship iPhone, has left the company in the wake of widely reported problems with the antenna of the recently introduced iPhone 4.

It is not clear if Mr. Papermaster was ousted or left on his own accord.

Papermaster has been replaced by Bob Mansfield, who is an existing member of Apple's senior executive team in his role as Senior Vice President of Mac Hardware Engineering.

In retrospect, today's news explains what should have been seen as a curious aspect of Apple's iPhone 4 press conference last month. The Q&A portion of the press conference was conducted by Apple CEO Steve Jobs, Chief Operating Officer Tim Cook, and Mansfield. Papermaster, whose division designed the iPhone 4, was to our knowledge not in attendance at the event.

In fact, even Apple's promotional video for the iPhone 4 released at the device's introduction in early June and featuring a number of Apple executives talking about it does not include Papermaster. Mansfield is, however, featured with the job title of Senior Vice President of Hardware, dropping the "Mac" qualifier that had been part of his official job at that time. According to The New York Times, Mansfield was involved in the design of several aspects of the iPhone 4, including its A4 chip and Retina display.

Papermaster's curious invisibility in all aspects of iPhone 4 publicity suggests that he may even have been on his way out even before the iPhone 4 was released, but whether his departure is due to iPhone antenna design issues that might have been discovered prior to its launch or to other factors is unknown.

Papermaster was initially recruited to Apple from IBM in late 2008 to replace departing iPhone/iPod executive Tony Fadell, but IBM filed suit, claiming that Papermaster had violated his employment agreement with IBM by taking a position with a competing firm. Papermaster very briefly began work at Apple in early November 2008 before a judge ordered him to stop working until the IBM lawsuit was settled. In January 2009, Apple announced that the litigation had been settled and that Papermaster would officially begin work at Apple on April 24th of that year.

where has the old Apple gone?


Umm, I still haven't seen a PC with USB3 and the only motherboards I can find it with are a few high end ones.
Score: 1 Votes (Like | Disagree)
Read All Comments

Saturday February 4, 2023 1:30 am PST by Hartley Charlton
Google's Chromium developers are working on an experimental web browser for iOS that would break Apple's browser engine restrictions, The Register reports. The experimental browser, which is being actively pursued by developers, uses Google's Blink engine. Yet if Google attempted to release it on the App Store, it would not pass Apple's App Review process. Apple's App Store rules dictate...
Read Full Article • 276 comments