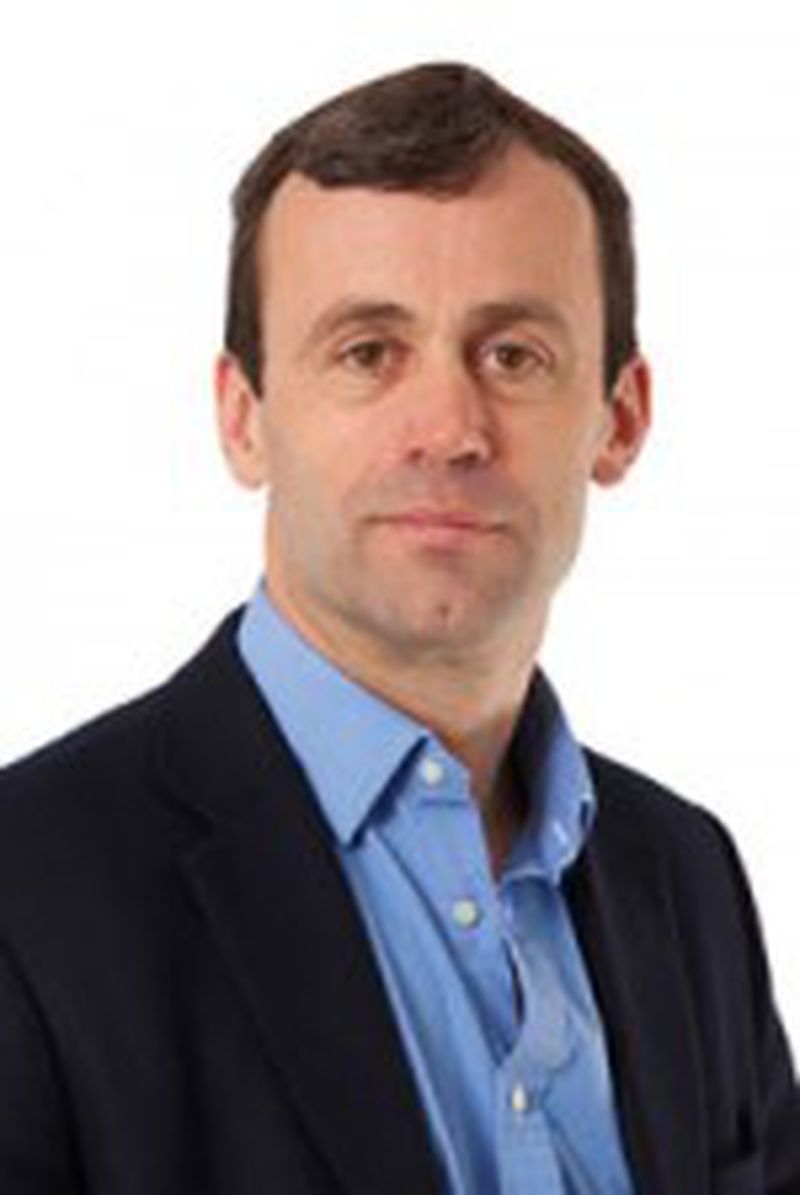 Apple announced this morning that John Browett will be joining Apple as their new Senior Vice President of Retail. Browett will be leaving his current position as CEO of Dixons Retail.

Apple® today announced that John Browett will join the company as senior vice president of Retail, reporting to Apple CEO Tim Cook. Browett comes to Apple from European technology retailer Dixons Retail, where he has been CEO since 2007. Beginning in April, he will be responsible for Apple’s retail strategy and the continued expansion of Apple retail stores around the world.

“Our retail stores are all about customer service, and John shares that commitment like no one else we’ve met,” said Tim Cook, Apple’s CEO. “We are thrilled to have him join our team and bring his incredible retail experience to Apple.”

Prior to the role of CEO of Dixons Retail, Browett held executive positions at Tesco plc including CEO of Tesco.com, and previously advised retail and consumer goods clients at Boston Consulting Group. B rowett holds a degree in Natural Sciences from Cambridge University and an MBA from Wharton Business School.

Browett replaces Ron Johnson who left Apple for J.C. Penny in November. Johnson has been credited as being the driving force behind Apple's massive success in their retail initiative.

Dixons Retail is one of the largest consumer retailers in Europe with over 40,000 employees. Dixons has already announced that Browett's role will be filled internally by Sebastian James. Browett officially makes the transition to Apple in April.

moose.boy
This really doesn't bode well. Hopefully this guy is leaving Dixons due to frustration with them, rather than seeing the writing is on the wall for current technology vendors.

Dixons retails closed their Dixons brand stores in the UK, a number of their Currys and PC World stores merged.

The shopping experience is frustrating - you can get accosted by 5 different members of staff as you browse the store - all asking 'are you ok there ? ' - staff are not very knowledgeable, products are poorly displayed, shelf labels are often missing, pricing differs in store and on the website, they are very eager to push warranties and technical support packages. They also have a lot of cheap crap sold at higher prices.

They have a new store concept - Currys PC World Black - where they are blatantly trying to emulate an Apple store - but it is screamingly obvious you are still in a PC World despite the lighting, benches, and smug staff.
Rating: 29 Votes

peterdevries
I wonder if they will make him work on fake Apple Stores first, to see if he can be trusted.. :D

Tim Cook: Hi John, welcome at Apple. Here's our plan for a new store in Ulan Bator. Please take a look at it and tell us what you think.

Jowl
What? Dixons are terrible over here. And not getting any better. In fact they taken the currys name in the UK
Rating: 21 Votes

orbital~debris
I really hope since 2007 he's made Dixons a different place to shop than it used to be (I don't frequent their stores) prior to that:

Pushy, seemingly commission-based sales staff more interested in huddling in groups or being sleazy, rude and patronising. Trying to sell anything that's out of date or fashionable as if it will suit the customers needs perfectly. Horribly cramped retail environments with everything locked down and alarmed so you can't pick items up to try them out.
Unreasonably inflated prices that aren't helping to pay for a modern shopping experience with innovative features, or great customer service.
And so on

I hope Tim Cook and his team haven't been bamboozled!

(I'm sure they haven't, it just seems like such a mismatch in retail philosophies and I hope John Browett fully subscribes to the Apple way of retailing.)
Rating: 21 Votes

Anaemik
An excerpt of the conversation I had with a salesperson the last time I stepped foot inside a Dixons (at Heathrow Terminal 4):

"How can I help you today Sir?"

"Well, I have this camera here, and the battery is dead, so I"

"So what you'll needing then is a new battery. No problem. We have just want you want right here. That'll be £45. Do you want to pay by cash, credit card, or blood?"

"Um, well actually I was thinking more about getting a char."

"Ahh so what you'll be wanting then in which case sir is our universal international battery charger that comes complete with an international power adapter. That'll be just £60 to you. Now if you'll just give me your direct debit details so we can randomly remove funds from your bank account twice a month for the rest of your life."

"Well, ah, actually I already have the international adapter thing so really all I need is the charger please."

"I see. And you bought that from us did you sir?"

"Um no, sorry. I got it somewhere else."

"Somewhere else. Well sir, we strongly recommend our own international adapters to go with any goods we sell. I can do that for you today at just £15. Would you like the 5 year protection plan to go with that for £349.99?"

"Actually, I honestly think I'll be fine with the adapter I already have. If it's not too much trouble can I just get the charger by itself please?"

"This is most unprecedented sir. Obviously we can't be held responsible if your current adapter turns out to be faulty and explodes on the plane burning you and 300 other people to a crisp and leaving your relatives with nothing to bury when they finally scrape you off the ocean floor. But, the customer is always right I suppose. DEEPAK, CAN YOU GRAB A CRAPTEL XV694a FROM THE BACK ROOM FOR THIS GENTLEMAN? NO INTERNATIONAL ADAPTER"

"Sorry, did you say *no* international adapter?"

"THAT'S WHAT THE GENTLEMAN WANTS"

"Did you tell him about the risk of death by horrific burning?"

"YES, THE GENTLEMAN IS ADAMANT"

"This is most unprecedented."

"QUITE. I HAVE ALREADY EXPLAINED THIS TO THE GENTLEMAN. HE SEEMS HAPPY TO RISK THE LIVES OF HIS FELLOW PASSENGERS. IF YOU SEE REPORTS OF A PLANE EXPLODING OVER THE ATLANTIC ON THE NEWS TONIGHT, AT LEAST YOU'LL KNOW WHOSE FAULT IT IS. PLEASE FETCH THE CHARGER FOR THE GENTLEMAN. If you'd like to accompany me to the desk sir then we can clean you out and have you on your way in no time"

Needless to say, I haven't been back.
Rating: 19 Votes

This forum is delusional (as is often the case these days).


Yeah, we're all just here to hate because we have nothing better to do. It's not because we have decades of direct experience of the retail establishments that this guy can cite as his track record or anything like that. All we want to do is baselessly bash him for the hell of it because we're overflowing with unbridled misanthropy and an irratioanal hate for all things Apple.

I have never heard of Dixon's


Yet you still assume that we're all looking on this news negatively because it's an inherent flaw in our personalities rather than our real world experience being reflected in our comments. OK.
Rating: 16 Votes

sparkesy
If this is for real then I think its possibly the start of the down hill slope after Jobs.

DSG (Dixons Group); which covers Currys, PC World and what was once Dixons (now online only) is quite possibly one of the poorest UK retailers ever.
The only reason any of these stores thrived was due to them cornering the market in selling TVs, laptops and other household appliances.
In fact out of ALL the uk retail chains DSG if anything is the shittest at selling apple products, where often they try to sell previous models at full RRP and don't update displays for at least six months after the fact.

in fact a perfect example is a picture I sent to Mac User UK a few years ago when my local store was trying to sell a "Last chance display model" of a PowerMac G5 machine with a price and spec label of a Mac Pro !
Rating: 13 Votes

Watch out Apple, PC world is the the worst retail experience as others have said
If he can do that in the UK watch out.

He was at Tesco "pile em high and sell em cheap"

Zaqfalcon
Dixons; you will never find a more wretched hive of scum and villainy.
Rating: 12 Votes

What? Dixons are terrible over here. And not getting any better. In fact they taken the currys name in the UK

The DSG group are forever rebranding!

If he's going to apply the same formula then expect Apple high street stores to close and move to retail parks - next to each other! :D
Rating: 12 Votes