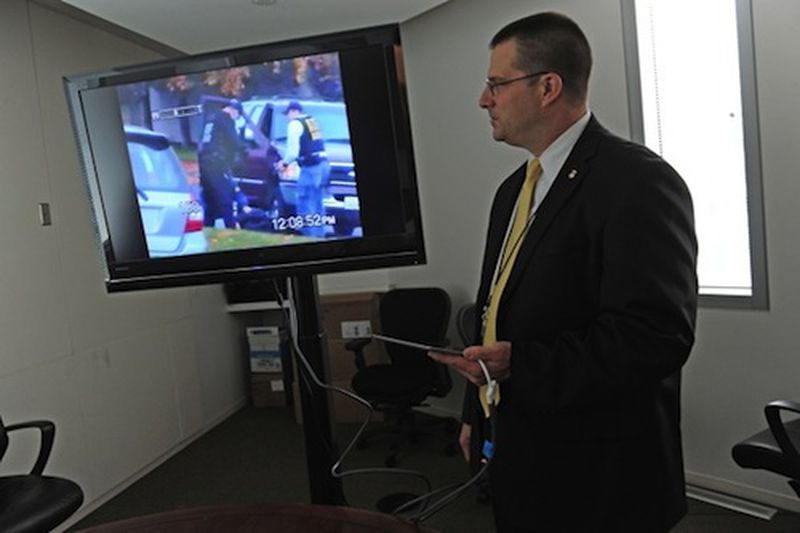 The Washington Post reports on the ongoing diversification of information technology platforms within the United States government, a trend that has seen a shift away from traditional large-scale technology contracts unable to respond to rapidly-changing markets to a more flexible approach that has seen many agencies and employees embracing Apple's iOS platform.

This is not a movie. This is not a Steve Jobs dream. This is the federal government 2.0, where technology upgrades no longer come at a "Little House on the Prairie" pace. Even President Obama, a BlackBerry devotee, has upgraded. He now owns an iPad, and it has been seen on his desk and under his arm.

The flashy consumer products that have been adopted in the corporate workforce - upending BlackBerrys for iPhones, Microsoft Outlook for Gmail, and lately laptops for iPads - are now invading the federal government. The State Department. The Army. The Department of Veterans Affairs. NASA.

The report notes that the push for increased flexibility comes from both the top management and rank-and-file workers, many of whom are using technology products such as iOS devices in their personal lives and see how they can be of use in the workplace.

Recent studies have shown that workers are increasingly purchasing their own smartphones and other technology for use in the workplace, preferring the added cost to the inconvenience of working with outdated or inadequate technology provided by their employers. Consequently, the trend is shifting to a flexible approach where workers are being allowed to select their own tools and receive stipends to cover what would otherwise have been provided on an enterprise basis. And this shift to "consumer" technology is projected to save billions of dollars in information technology costs for government units.

The adoption of these consumer devices, though still modest in size, has been widespread across a variety of agencies.

At ATF, there are about 50 iPads or iPhones in use, and the number could increase to 100 soon. At the Pacific Northwest National Laboratory, the 1,000 BlackBerrys used last year have dropped to about 700 as workers picked other smartphones. The State Department is testing iPads. Congress now allows iPads and iPhones on the House floor.

The report pitches the trend as a challenge for Research in Motion which has seen its BlackBerry platform for smartphones lose ground to iOS and Android. BlackBerry's strongest base has been in the enterprise market, and with alternatives now quickly chipping away at its dominance there, the developments could spell trouble for the company.

And I'm sure none of them will be used to play Angry Birds.
Score: 3 Votes (Like | Disagree)

munkery
WTF? Really. I still haven't figured out how to visually verify that digital certificates are not being spoofed on my iPhone. The lock icon means nothing if you can't manually verify the organization that holds the certificate.

Anybody know how to view the certificate to manually verify the organization on a iOS device? Seriously, I can't figure it out.

I guess you just have to make sure you trust the wireless network you are using.
Score: 1 Votes (Like | Disagree)
Read All Comments

Netflix Now Lets You Add a PIN to Your Profile