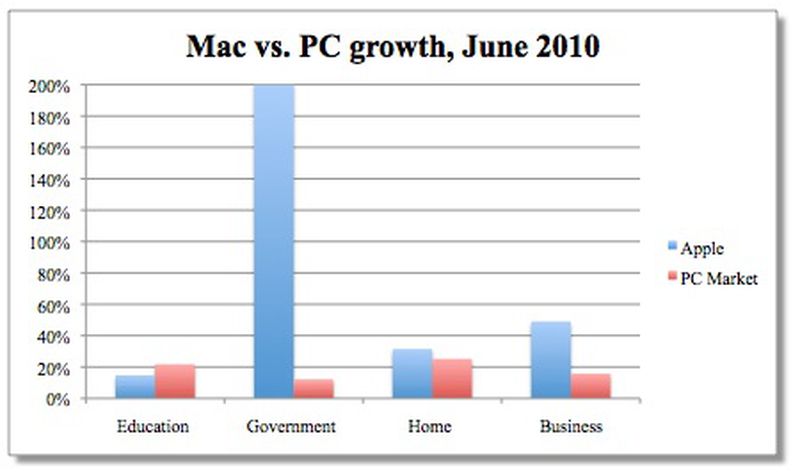 Fortune reports on a new research note from Needham analyst Charlie Wolf breaking down Apple's Mac sales by market segment for the second calendar quarter of 2010 and comparing that performance to the PC industry's as a whole. While Wolf found strong across-the-board growth for Apple, the company saw its strongest performance in government and business sales, where it far outpaced overall industry growth.

In the business market, Wolf revealed Apple's strongest growth occurring among larger companies, with "large" and "very large" businesses seeing on the order of 100% growth, presumably on a year-over-year basis.

In one final note, Wolf highlights Apple's growth in Europe, where strong iPhone adoption has created a halo effect that has helped Apple's unit share of the PC market to double and its revenue share to triple over the past six years, with most of that growth occurring over the last 2-3 years.
[ 128 comments ]