Earlier this evening, there was a single report from a Gizmodo reader that believed that his replacement iPhone 4 was actually physically different from his previous one:

Well, when I got the new phone it was different. It was different hardware. The black [plastic] bezel isn't as black on the new one. I couldn't see the proximity sensor at all on the previous iPhone 4, now I can. The stainless steel band on the new phone is less 'steel-y' and more matte. I've also tried to replicate the signal drop and failure. While I can't say for sure that it is entirely fixed, there is certainly huge improvement. I'm guessing they coated the steel with something

The report had raised some eyebrows but without further evidence, it was hard to put much faith into it alone. However, iFixit also received a single report from one of their readers of a similarly updated iPhone 4.

iFixit even ran out and even bought another iPhone 4 to check, but the new iPhone wasn't built much later than their original (week 27 vs week 26). As a point of reference the conductivity of their original iPhone 4 was measured as such: 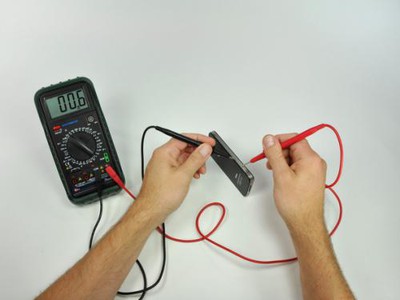 Original iPhone, high conductivity
Lower numbers indicate higher conductivity. If Apple truly did add a non-conductive coating to the iPhone 4's antenna, iFixit suggests the numbers should be in the thousands. We did manage to track down a week 28 (manufactured this week) iPhone 4 and found no difference in conductivity compared to the original iFixit measurements.
615 comments

Tuesday April 13, 2021 10:45 pm PDT by Juli Clover
The upcoming 2022 iPhone lineup will feature two 6.1-inch devices and two 6.7-inch devices, with no mini-sized 5.4-inch iPhone, well-respected Apple analyst Ming-Chi Kuo said in a note to investors that was seen by MacRumors. Two of the iPhones will be high-end models and two of the iPhones will be lower-end models, similar to the current iPhone 12 lineup. Apple introduced the 5.4-inch...
Read Full Article • 165 comments