A Peek Inside Apple's Design Studio

We did a follow-up interview with Jony Ive at Apple in California last week, and enjoyed the opportunity of filming inside Apples design facilities. I felt like Charlie in Willy Wonka and the Chocolate Factory, except everything was made of shiny aluminum instead of candy. And there were no oompa loompas.

The movie called Objectified is an independent documentary about industrial design that will debut in March at South by Southwest:

It's a look at the creativity at work behind everything from toothbrushes to tech gadgets. It's about the people who re-examine, re-evaluate and re-invent our manufactured environment on a daily basis. It's about personal expression, identity, consumerism, and sustainability. It's about our relationship to mass-produced objects and, by extension, the people who design them.

Apple, of course, is amongst the companies featured.

zombitronic
Is that an iMouser I see in the background?? 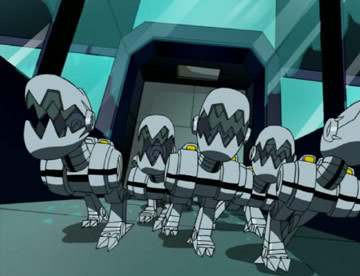 The Tall One
Very cool. What a dream job.
Score: 1 Votes (Like | Disagree)

hobbbz
I know he makes plenty of money anyway but do you think Jony or Steve ever just says "Give me a [x]" and he gets a machine to keep?
Score: 1 Votes (Like | Disagree)
Read All Comments

Friday April 9, 2021 2:22 am PDT by Tim Hardwick
It's no secret that Apple sees iMessage as a big enough selling point to keep the service exclusive to Apple devices, however new court filings submitted by Epic Games in its ongoing lawsuit with the company reveal just how Apple executives have rationalized their decision not to develop a version of iMessage for Android. Apple clearly recognizes the power that iMessage has to keep users...
Read Full Article • 332 comments

Friday April 9, 2021 12:52 am PDT by Sami Fathi
The two premium "Pro" models of the upcoming iPhone 13 lineup will be equipped with a low-power LTPO display, enabling the iPhones to have a 120Hz refresh rate, according to industry sources cited by Taiwanese publication DigiTimes. According to today's paywalled report, Apple suppliers Samsung and LG Display are in the process of converting parts of their production capacity to produce LTPO ...
Read Full Article • 67 comments

Friday April 9, 2021 4:58 am PDT by Sami Fathi
According to market data compiled by Counterpoint Research, Apple's smallest iPhone since the 2016 iPhone SE, the iPhone 12 mini, struggled to obtain a spot in the top five list of best-selling smartphones in January of this year. According to the market data, the iPhone 12 mini came in eighth place for the best-selling smartphone worldwide in the first month of the year. However, the iPhone ...
Read Full Article • 250 comments