Apple today revised the Mac Pro and Xserve with a new architecture and the recently released Penryn Processors. The Mac Pro combines two 45-nm Quad-Core Xeon processors running up to 3.2GHz and up to 4TB of internal storage. The standard 8-core configuration starts at $2799.

The new Mac Pro features the latest Quad-Core Intel Xeon 5400 series processors based on 45nm Intel Core (Penryn) microarchitecture running up to 3.2 GHz, each with 12MB of L2 cache per processor. According to Apple, the 1600 MHz front side bus and 800 MHz DDR2 ECC FB-DIMM memory achives a 61 percent increase in memory throughput. 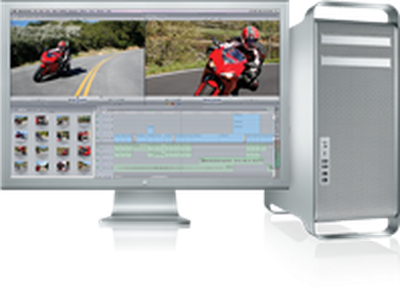 Apple also revised the Xserve today with the same architecture. Xserve standard configuration, with a suggested retail price of $2,999 (US), includes:

Apple last major revision of both the Mac Pros and Xserves were over a year ago -- as noted in our Buyers Guide. The new Mac Pro and Xserve are shipping today from the Apple Store. These updates come one week ahead of Macworld San Francisco 2008, so more should be in store for the expo.