Rumors suggest that Apple still has several new devices that are coming before the end of the year, including a range of Macs and iPads. It's not looking like we're going to get an October event in 2022, but refreshes are coming soon, probably via press release. If you're planning to buy a Mac or an iPad, make sure to check out our list to know what's safe to pick up now and what's not. 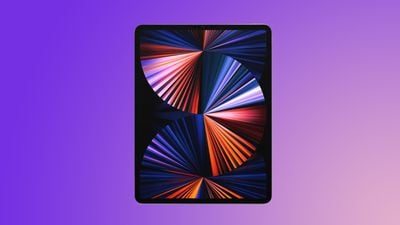 The iPad Pro was last updated in April 2021, and we're expecting an updated version before the end of 2022. There are no design huge changes that we know of coming, but there are some features worth waiting for.

Both the 11-inch and 12.9-inch ‌iPad Pro‌ models will get a refresh, but rumors suggest just the 12.9-inch model will have a mini-LED display, despite some information that had indicated Apple could bring the technology to both models.

Apple's updated ‌iPad‌ Pros are expected to use the M2 chip that was first introduced in the new MacBook Air in June, bringing speed and performance improvements. There have also been rumors of wireless charging support, with Apple perhaps adding a new larger glass Apple logo at the back that would allow for MagSafe charging.

Reverse wireless charging is also a possibility with the new ‌iPad Pro‌ models able to charge iPhones, AirPods, and other devices.

Apple has long offered a low-cost basic ‌iPad‌ that is available at a ~$300 price point, but this year, the cheap ‌iPad‌ is getting some trickle down features that have previously been limited to higher-end iPads.

Apple is going to refresh the tired old design the low-cost ‌iPad‌ has been using for years, introducing 10.5-inch display with a more modern look featuring flat edges and rounded corners. We've previously seen this design used for the iPad mini, iPad Air, and ‌iPad Pro‌.

The flat-edged design usually accompanies a bezel-free interface, but rumors right now suggest the ‌iPad‌ will continue to have top and bottom bezels along with a Touch ID Home button, but it remains to be seen if that's true. Apple could opt for the same power button ‌Touch ID‌ design used for the ‌iPad mini‌ and the ‌iPad Air‌.

With the exception of the low-cost ‌iPad‌, every ‌iPad‌ uses a USB-C port, and Apple is going to swap Lightning for USB-C with the 10th-generation ‌iPad‌ refresh.

The M1 Pro and M1 Max MacBook Pros came out in October of last year, and we might see new ‌M2‌ Pro and ‌M2‌ Max models released before the end of the year. New MacBook Pro models are said to be planned for release as soon as this fall, but there is a chance the timing could be pushed back because of supply constraints that Apple has been dealing with.

There hasn't been a Mac mini refresh since 2020 when the M1 chip was added, but Apple doesn't yet plan on discontinuing the desktop machine. A refresh is in the works, and updated ‌Mac mini‌ devices could include ‌M2‌ and ‌M2‌ Pro chips.

We're not expecting any design changes, and the highest-end chips will likely be reserved for the Mac Studio, which is like a hybrid of the Mac Pro and the ‌Mac mini‌.

Apple last updated the Apple TV in April of 2021, and it may be time for a refresh. Rumors suggest that there is a new model with an A14 chip and 4GB RAM in development, and it could be ready to launch before the end of 2022.

Apple analyst Ming-Chi Kuo has said several times this year that Apple is planning to lower the price of the ‌Apple TV‌ when it's refreshed, but whether that will actually happen remains to be seen.

Since the ‌Mac Pro‌ hasn't been updated since 2019 and doesn't yet use Apple silicon chips it's obvious that now is not a great time to buy. While we did hear some early 2022 rumors suggesting that the ‌Mac Pro‌ could get a refresh before the end of the year, it's now looking like a new ‌Mac Pro‌ isn't coming until 2023.

While we may have several months to go before the ‌Mac Pro‌ sees an update, we don't recommend buying one right now. You're definitely going to want to wait on Apple to bring its ultra fast Apple silicon chips to its highest-end pro machine.

Rumors suggest that the ‌Mac Pro‌ will use an ‌M2‌ Ultra, an upgrade to the M1 Ultra first introduced in the ‌Mac Studio‌, and an even more powerful ‌M2‌ Extreme chip. The ‌M1 Ultra‌ features up to a 20-core CPU and a 64-core GPU, and the ‌M2‌ Ultra could be even more powerful.

The ‌M2‌ Extreme will be Apple's most powerful chip to date, and Bloomberg's Mark Gurman has said that the chip could have upwards of 40 CPU cores and 128 GPU cores.

Note that this list is based on rumors that we've heard, so it's possible that some of these refreshes could be delayed into 2023. Timing Apple product releases is not always straightforward, but if you can wait on a purchase, it's a good idea to hold off until a new product announcement if you're concerned about having the latest and greatest device.

We have more product release timelines available for every Apple device in our dedicated Buyer's Guide, which is an invaluable resource for Apple fans.

Areosy
Correct me if I’m wrong but, as someone who has an Apple TV 4K that works fine, doesn’t it seem a little pointless to upgrade to a new one? (Unless you’re a diehard Apple fanboy who needs to have every new product Apple releases.)

I feel like this is just Apple trying to get more people into the ecosystem.
Score: 28 Votes (Like | Disagree)

OwlBundy
Apple TV isn't updated every year or even few years. Buying a 2021 Apple TV is a safe bet.
Score: 23 Votes (Like | Disagree)

TheYayAreaLiving ?
I will only buy a 16" MacBook Pro if it comes in Mid-Night color. Otherwise upgrading it because it has an M2 is not going to be worth upgrading for.
Score: 18 Votes (Like | Disagree)

bliggs
Curious why no mention of the iMac? Definitely due for a refresh soon.
Score: 16 Votes (Like | Disagree)

If you have an older iPhone and want/need to upgrade, save some money and just get a 13 instead. Even a gently used 13 Pro or 13 Pro Max would be a smarter buy.
Score: 13 Votes (Like | Disagree)

inkswamp
Really hoping for a Mac Mini update. Would love to replace my 2014 model with an M2.
Score: 13 Votes (Like | Disagree)
Read All Comments