The Justice Ministry in Brazil today ordered Apple to stop selling iPhones without a charger in the box, reports Reuters. Brazilian officials say that Apple is giving customers an incomplete product when the power adapter is not included with the purchase, a move the government claims is a "deliberate discriminatory practice against consumers." 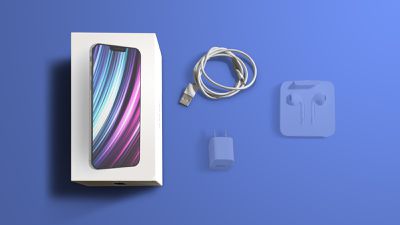 Apple has been fined 12.275 million reais (~$2.34 million) for selling iPhones without chargers, and Brazilian officials are forcing the company to cease offering any iPhone that does not come with a power adapter, including the iPhone 12 and newer.

The Brazilian state of São Paulo previously fined Apple close to $2 million for not providing a charger with modern iPhones, which the São Paulo consumer protection agency said was a violation of Consumer Law Code. Apple also lost a 2022 lawsuit in the country after a customer who did not receive a charger sued.

Apple has told Brazilian officials that not including a power adapter with the ‌iPhone‌ offers environmental benefits and cuts down on waste, but Brazil has thus far rejected this argument.

Apple stopped providing chargers with iPhones starting with the 2020 launch of the iPhone 12 lineup. In most countries, Apple no longer ships iPhones with EarPods or a power adapter, including just a USB-C to Lightning charging cable. Apple says that most customers already have power adapters on hand to charge with, and has told customers that removing these accessories is part of its effort to "reach [its] environmental goals."

The Justice Ministry's order comes one day ahead of Apple's iPhone 14 announcement, which will see the debut of updated ‌iPhone 14‌ and iPhone 14 Pro models.

Update 1:40 p.m.: In a statement to Bloomberg, Apple says it will appeal the ruling:

"At Apple, we consider our impact on people and the planet in everything we do," the company said in an emailed statement. "Power adapters represented our largest use of zinc and plastic and eliminating them from the box helped cut over 2 million metric tons of carbon emissions -- equivalent to removing 500,000 cars from the road per year." [...]

"We've already won a number of court decisions in Brazil on this topic and are confident our customers are aware of the various options to charge and connect their devices," the Cupertino, California-based company said.

WiiDSmoker
Good. I’m all for cutting down on waste but we all know it’s straight up a money grab. If it weren’t, Apple would allow people to get a free charger per new iPhone if truly needed.
Score: 174 Votes (Like | Disagree)

Herrpod
Good of them to see through the BS of “better for the environment”. It’s better for Apples bottom line to not include it. They do it for no other reason.
Score: 67 Votes (Like | Disagree)

Crow_Servo
Okay, now go after Samsung too. They both do it.
Score: 66 Votes (Like | Disagree)

TheYayAreaLiving ?
This should have been done in the U.S. too. So many people out there buy iPhones and they have no idea they have to buy and pay for the charger separately. Or Apple could have provided a free charger if needed.

Think of going to Mcdonalds and ordering a ? Big mac. But you don't get any buns and cheese. You have to ask for the buns and cheese to be included for some extra $.
Score: 55 Votes (Like | Disagree)

Good. I’m all for cutting down on waste but we all know it’s straight up a money grab. If it weren’t, Apple would allow people to get a free charger per new iPhone if truly needed.

I'm not even convinced it actually cut down waste. They switched the included cable to USB-C -> Lightning rather than USB-A, and many people don't have extra USB-C charging bricks lying around. That resulted in a lot of people now having to buy separate chargers with their iPhones, and those of course came in their own packaging and generated more waste (and emissions from transportation) than just packaging it with the phone would have.

I'm not even quite sure why they did it. The charger can't have been expensive to manufacture and there isn't exactly a huge opportunity cost to it either (not everyone is going to buy the official Apple branded charger). It just doesn't make much sense to me.
Score: 55 Votes (Like | Disagree)

I thought that when this started, but then would you have to prove somehow you did need one, which there is no way to prove. Everyone would get one if it were free. It was more obviously a money grab because the phone price stayed the say or increased.

The fact Apple did not even drop the price of the iPhone by $29 US dollars tells you it was for a money grab. At least lower the price of the iPhone since they eliminated the charger but they didn't do that. The prices stayed the same or in other cases, it increased whoppingly.
Score: 51 Votes (Like | Disagree)
Read All Comments

Wednesday August 3, 2022 12:08 pm PDT by Joe Rossignol
Apple's 96W and 140W USB-C power adapters for the 14-inch and 16-inch MacBook Pro continue to face significant shipping delays when purchased separately. Apple's 140W USB-C Power Adapter via ChargerLAB In the United States, the adapters are currently available for delivery in an estimated 6-8 weeks on Apple's online store, resulting in a delivery date as late as October 3. The adapters have...
Read Full Article • 76 comments

Tuesday June 21, 2022 10:29 am PDT by Juli Clover
Alongside the new M2 MacBook Pro and MacBook Air models, Apple unveiled and launched a pair of 35W Dual USB-C Port Power Adapters, which are unique among Apple's power adapter offerings because they feature two USB-C ports instead of one. ChargerLAB, known for taking apart Apple devices and accessories, today shared a teardown of the 35W Dual USB-C Port Compact Power Adapter, giving us a...
Read Full Article • 51 comments

Monday April 11, 2022 7:52 pm PDT by Joe Rossignol
ChargerLAB today shared alleged images of Apple's unreleased 35W power adapter with dual USB-C ports, providing a first look at the accessory's potential design. The images suggest that the charger will have a compact design with side-by-side USB-C ports, foldable prongs, and circular indents that would provide extra grip for removing the charger from a power outlet. 35W would be suitable...
Read Full Article • 125 comments

Friday April 8, 2022 11:58 am PDT by Juli Clover
Apple may be planning to introduce a two-port 35W USB-C charger in the near future, based on a leaked support document that was found by 9to5Mac. The support document was apparently only on Apple's site for a brief time, but there was a clear mention of the unreleased charger. Apple's current 30W power adapter As there is no dual USB-C port power adapter available right now, it may be...
Read Full Article • 123 comments

Wednesday April 20, 2022 7:34 am PDT by Sami Fathi
Apple must compensate a Brazilian customer who recently purchased an iPhone for selling the device without a charger included in the box, which violates consumer law, a judge has ruled. Apple's decision to remove the charger in the box sparked controversy in 2020. Apple claims the move is for environmental reasons, claiming the decision is equivalent to removing nearly 450,000 cars from the...
Read Full Article • 630 comments

Apple's Slowest iPhone Charger No Longer Available in Some Countries

Monday August 15, 2022 7:04 am PDT by Joe Rossignol
Apple's slowest iPhone charger with an outdated 5W USB port is no longer available to purchase in some countries around the world. As noted by Japanese blog Mac Otakara, the 5W charger is currently sold out on Apple's online store in Japan. With a quick spot check, we found the charger is also sold out or completely removed on Apple's online store in Australia, New Zealand, France, Germany,...
Read Full Article • 77 comments

Tuesday October 4, 2022 3:30 am PDT by Hartley Charlton
The European Parliament today voted overwhelmingly in favor of enforcing USB-C as a common charging port across a wide range of consumer electronic devices, including the iPhone and AirPods, by the end of 2024. The proposal, known as a directive, forces all consumer electronics manufacturers who sell their products in Europe to ensure that a wide range of devices feature a USB-C port. This...
Read Full Article • 365 comments