Apple concept graphic designer Ian Zelbo joins us on The MacRumors Show podcast this week to discuss what to expect from the design of the iPhone 14 Pro, Apple Watch Series 8, and Apple's long-rumored mixed-reality headset.

Subscribe to the MacRumors YouTube channel for more videos
Ian works closely with leaker Jon Prosser and is behind many of the detailed, photo-realistic Apple renders that have captivated the rumor community in recent years. He is responsible for using leaked information to create accurate renders of the sixth-generation iPad mini, the Mac Studio and Apple Studio Display, green iPhone 13, purple fifth-generation iPad Air, and much more ahead of Apple's official announcements.

In this episode, we take a look at the creative process behind Ian's renders before taking a deeper dive into the design of the ‌iPhone 14 Pro‌, ‌Apple Watch Series 8‌, and Apple's long-rumored mixed-reality headset – three upcoming devices that Ian has painstakingly depicted. See some of Ian's renders below: 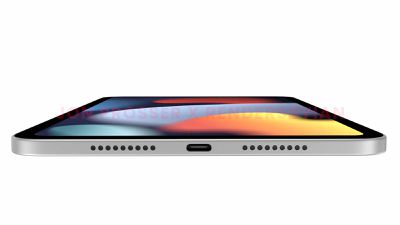 Sixth-generation iPad mini render based on leaked information, published over three months before the device's launch.

Green iPhone 13 and Purple fifth-generation iPad Air renders, shared the day before they were officially announced.

Mac Studio and Apple Studio Display renders, shared the day before the "Peek Performance" Apple event where they were unveiled.

iPhone 14 Pro renders based on a wide range of leaked information.

Render of Apple's rumored mixed-reality headset based on details outlined in a credible report from The Information.

Listen to The MacRumors Show via Apple Podcasts, Spotify, Overcast, Pocket Casts, Castro, Google Podcasts, or subscribe by copying our RSS feed directly into your podcast player. You can also watch a video version of the podcast on our YouTube channel. If you haven't already listened to the last episode of The MacRumors Show, be sure to catch up for an in-depth discussion about macOS Ventura and the M2 MacBook Air.

Subscribe to The MacRumors Show for more episodes, where we discuss some of the topical news breaking here on MacRumors, often joined by exciting guests like Mark Gurman, Jon Prosser, Andru Edwards, Rene Ritchie, and Jon Rettinger. Remember to rate and review the show, and let us know what subjects you would like the podcast to cover going forward.

IllinoisCorn
The faces in the thumbnail look strange--is that smoothing from webcams?
Score: 3 Votes (Like | Disagree)

_Spinn_
Much of the time these renders look cooler that what we actually get.
Score: 3 Votes (Like | Disagree)

But in addition, there really have been only a few drastic new designs in Apple’s recent past.

The iPod models had changed so much over the time of their active development.

MacBooks, Mac Pro and the iMac underwent a journey from plastic to aluminum. But then all got stale.

But yes the few tiny changes we see these days are revealed and ruined by leaks.

Well, Apple is stuck to a specific design o the iPhone now. Due to wireless charging all future iPhones will be glass sandwiches. Overall, you can only do so much.
Score: 2 Votes (Like | Disagree)

I actually welcome more of the flat design based off the render for the new Apple Watch, if it actually does happen. I mean, it’s not like it’s drastically different, but based off that photo, it almost gives it like a thinner profile appeal. I would welcome any physical changes for the Apple Watch, given we’ve seen the same design year after year for the most part.
Score: 2 Votes (Like | Disagree)

Why do so many people care about the “notch” (didn’t care about it then) or the potential “pill” shape (don’t care about it now). It impacts me in no way. Once it is gone you guys will complain about something else. Enough about this issue. It’s meaningless. Next you’ll complain why the screen doesn’t go beyond the screen. But I guess you guys need a podcast or social media account to complain

I can watch a movie. I can email. I can do anything and my eyes don’t even see it.

I’m a seed beta tester and the software that runs on these devices is 1000% more important.

The vast majority of those who complain about the notch have never owned an iPhone that had one. The few left over are a small minority group. I stopped noticing it in about 12 hours and haven’t ever thought about it again. It has never been in the way, and I am unaware of its presence while view full/maximized video. Do I PREFER it? No. But I don’t care about it in the least. Nor do most.
Score: 2 Votes (Like | Disagree)
Read All Comments

Friday July 29, 2022 7:38 am PDT by Hartley Charlton
Kevin Nether, also known as "Kevin the Tech Ninja," joins us on The MacRumors Show podcast this week to talk through all of the latest rumors about the high-end Apple Watch model expected to arrive later this year. Subscribe to the MacRumors YouTube channel for more videos Kevin is a tech YouTuber and content creator. As an Apple Watch Series 7 user with enthusiasm about fitness and...
Read Full Article • 22 comments

Wednesday April 20, 2022 10:23 am PDT by Hartley Charlton
Jon Rettinger, YouTuber and founder of tech website TechnoBuffalo, joins us on The MacRumors Show podcast to take a deep dive into our expectations for WWDC and what we would like to see from Apple's forthcoming software updates. Subscribe to the MacRumors YouTube channel for more videos The ninth episode of The MacRumors Show follows Apple's announcement earlier this month that the Worldwide ...
Read Full Article • 25 comments

The MacRumors Show: Mark Gurman Talks Through Everything Apple is Expected to Announce in 2022

Thursday January 6, 2022 8:32 am PST by Hartley Charlton
Bloomberg reporter Mark Gurman joined us on The MacRumors Show podcast this week to discuss everything we're expecting from Apple in 2022, providing insights into over a dozen of Apple's upcoming products. Gurman also shared his expectations for Apple in 2022 in the latest edition of his "Power On" newsletter. Subscribe to the MacRumors YouTube channel for more videos. The second episode of ...
Read Full Article • 41 comments

Friday July 15, 2022 7:16 am PDT by Hartley Charlton
Justine Ezarik, also known as iJustine, joins us on The MacRumors Show podcast this week to discuss the all-new MacBook Air with the M2 chip. Subscribe to the MacRumors YouTube channel for more videos Justine is one of the most influential tech YouTubers and has had a chance to test out the M2 MacBook Air for almost a week. In this episode, we talk through the M2 MacBook Air's most important...
Read Full Article • 363 comments

The MacRumors Show: Ross Young Talks Major iPad and Mac Rumors for 2023 and Beyond

Tuesday July 12, 2022 10:23 am PDT by Hartley Charlton
Display analyst Ross Young joins us on The MacRumors Show podcast this week to discuss some of his biggest leaks about Apple's plans for the next year and beyond. Subscribe to the MacRumors YouTube channel for more videos Ross is co-founder and CEO of Display Supply Chain Consultants (DSCC), a leading display market research firm, and has worked throughout the display supply chain. Ross is...
Read Full Article • 13 comments

Thursday July 21, 2022 10:47 am PDT by Hartley Charlton
Jonathan Morrison joins us on The MacRumors Show podcast this week to take a deep dive into Spatial Audio and Apple's audio technologies. Subscribe to the MacRumors YouTube channel for more videos Jonathan is a leading tech YouTuber and has moved into professional music production in recent years. He has a wealth of knowledge about audio technology and first-hand experience mixing tracks for...
Read Full Article • 39 comments