Germany's Federal Cartel Office, the Bundeskartellamt, has initiated proceedings against Apple to investigate whether its tracking rules and anti-tracking technology are anti-competitive and self-serving, according to a press release. 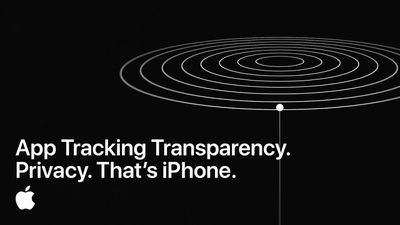 The proceeding announced today will review under competition law Apple's tracking rules and specifically its App Tracking Transparency Framework (ATT) in order to ascertain whether they are self-preferencing Apple or being an impediment to third-party apps. Andreas Mundt, President of the Bundeskartellamt, said of the proceeding:

"We welcome business models which use data carefully and give users choice as to how their data are used. A corporation like Apple which is in a position to unilaterally set rules for its ecosystem, in particular for its app store, should make pro-competitive rules. We have reason to doubt that this is the case when we see that Apple's rules apply to third parties, but not to Apple itself. This would allow Apple to preference its own offers or impede other companies. Our proceeding is largely based on the new competencies we received as part of the stricter abuse control rules regarding large digital companies which were introduced last year (Section 19a German Competition Act - GWB). On this basis, we are conducting or have already concluded proceedings against Google/Alphabet, Meta/Facebook and Amazon.

Introduced in April 2021 with the release of iOS 14.5 and iPadOS 14.5, Apple's App Tracking Transparency Framework requires that all apps on ‌iPhone‌ and ‌iPad‌ ask for the user's consent before tracking their activity across other apps. Apps that wish to track a user based on their device's unique advertising identifier can only do so if the user allows it when prompted.

Apple said the feature was designed to protect users and not to advantage the company. However, the Bundeskartellamt's preliminary findings indicate that while users can also restrict Apple from using their data for personalized advertising, Apple "is not subject to the new and additional rules of the App Tracking Transparency Framework."

The German competition regulator's proceeding is subsequent to an earlier proceeding initiated against Apple in June 2021 that was set up to look into claims of anti-competitive behavior related to the App Store, its products, and other services.

"In this context," said the regulator, "the possibilities for Apple itself to combine data across services and users' options regarding the processing of their data by Apple can be relevant, just like the question whether these rules may lead to a reduction of users' choice of apps financed through advertising."

Many advertisers have been impacted by ATT, but Facebook has been the most vocal and critical of the new change. Ever since Apple began to beta test the framework, Facebook accused Apple of impacting small businesses who rely on advertising as a means of keeping their doors open. Facebook also claimed that the framework was anti-competitive because it gives Apple an upper hand for running its own mobile advertising business on iOS devices.

An October 2021 report by the Financial Times claimed that ATT had resulted in a "windfall" for Apple's advertising business since its introduction. The report asserted that Apple's share of the mobile app advertising market tripled in the six months after the feature was introduced.

Apple has disputed suggestions that its ATT framework has unfairly benefitted the company to the detriment of third-parties. Earlier this year it commissioned a study into the impact of ATT that was conducted by Columbia Business School's Marketing Division. The study concluded that Apple was unlikely to have seen a significant financial benefit since the privacy feature launched, and that claims to the contrary were speculative and lacked supporting evidence.

Good. iOS needs to be more like macOS anyway. iOS is unnecessarily restrictive.

Ok, you think that, the majority of iPhone users don’t think so. Let Apple design iPhones just as they want.
Score: 27 Votes (Like | Disagree)

contacos
I mean if Apple does not track us, there is no point for them to add App Transparency to their own apps right? Kind of dumb. I am just waiting for them to rule against Apple basically for the fact that they do not track us unlike competitors. How ironic
Score: 19 Votes (Like | Disagree)

BootsWalking
Apple said the feature was designed to protect users and not to advantage the company. However, the Bundeskartellamt's preliminary findings indicate that while users can also restrict Apple from using their data for personalized advertising, Apple "is not subject to the new and additional rules of the App Tracking Transparency Framework."

I'm a huge fan of Apple's app tracking transparency but Apple has to abide by the same transparency rules they're imposing on third-parties, otherwise Germany is right about it being anti-competitive in favor of Apple.
Score: 18 Votes (Like | Disagree)

wanha
What Apple introduced with ATT was for users to opt IN to tracking.

Before ATT, tracking was the default setting and the user had very little choice or knowledge about who tracked you, how extensively, and with whom your data was shared.

Tracking, as such, isn't inherently wrong, but only as long as consumer opt IN to it.

Personally, for this one reason alone, I am a HUGE fan of ATT.
Score: 14 Votes (Like | Disagree)

“Ja, too self serving, Herr Apfel. Ze government is ze only sing which shall be served by tracking ze citizen, ja?”
Score: 10 Votes (Like | Disagree)

Danfango
Only Germany could come up with something quite as ironic considering their surveillance legislation history.
Score: 7 Votes (Like | Disagree)
Read All Comments