Apple CEO Tim Cook in Leaked Memo: 'We Are Doing Everything in Our Power' to Identify Leakers

Apple CEO Tim Cook has warned employees about leaking company information, in a leaked memo seen by The Verge. 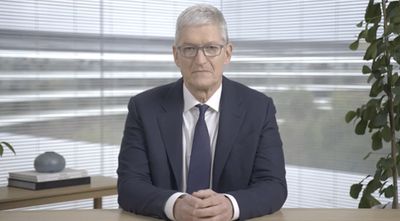 Last week, discussions from a private all-hands town hall meeting were leaked to the press, revealing the company's stances on issues such as working from home and the Apple vs. Epic legal battle going forwards.

Last night, Cook emailed employees to address the contents of that meeting being leaked, admonishing those who revealed the details of the discussions to the press, but now that email has also been leaked to The Verge. The internal email sent by Cook reads:

It was great to connect with you at the global employee meeting on Friday. There was much to celebrate, from our remarkable new product line-up to our values driven work around climate change, racial equity, and privacy. It was a good opportunity to reflect on our many accomplishments and to have a discussion about what’s been on your mind.

I'm writing today because I've heard from so many of you were incredibly frustrated to see the contents of the meeting leak to reporters. This comes after a product launch in which most of the details of our announcements were also leaked to the press.

I want you to know that I share your frustration. These opportunities to connect as a team are really important. But they only work if we can trust that the content will stay within Apple. I want to reassure you that we are doing everything in our power to identify those who leaked. As you know, we do not tolerate disclosures of confidential information, whether it's product IP or the details of a confidential meeting. We know that the leakers constitute a small number of people. We also know that people who leak confidential information do not belong here.

As we look forward, I want to thank you for all you've done to make our products a reality and all you will do to get them into customers' hands. Yesterday we released iOS 15, iPadOS 15, and watchOS 8, and Friday marks the moment when we share some of our incredible new products with the world. There's nothing better than that. We'll continue to measure our contributions in the lives we change, the connections we foster, and the work we do to leave the world a better place.

Most notably, Cook tied the leak of the contents of Friday's meeting to the leak of "product IP" and "a product launch in which most of the details of our announcements were also leaked to the press," referring to the company's recent "California Streaming" event that saw the unveiling of the iPhone 13 lineup, Apple Watch Series 7, and sixth-generation iPad mini.

The ramped-up rhetoric appears to be in line with a wider crackdown on leaks in recent months, which have seen various Apple leakers be tracked down and hit with stern warnings from lawyers. This ongoing struggle shows no sign of abating with Cook assuring, "we are doing everything in our power to identify those who leaked" and those who do "do not belong here."

kstotlani
Who leaked the memo? Best leaker ever.
Score: 129 Votes (Like | Disagree)

VulchR
Not so nice to have your privacy violated, is it Tim? Perhaps though there should be monitoring of internal Apple communications on the off chance that there might be a crime.
Score: 96 Votes (Like | Disagree)

MacModMachine
the look on his face....
Score: 46 Votes (Like | Disagree)

jarman92
I still think the whole "Watch will have flat sides" fiasco was a ploy by Apple to catch leakers...it's really the only theory that makes sense.
Score: 40 Votes (Like | Disagree)

Who leaked the memo? Best leaker ever.

Some one at apple has a sense of humor ???
Score: 27 Votes (Like | Disagree)
Read All Comments

Tuesday March 15, 2022 6:42 am PDT by Hartley Charlton
watchOS 8.5 fixes a security vulnerability in the Mail app that could leak a user's IP address when downloading remote content, security researchers have found. Last year, it emerged that Apple's Mail Privacy Protection feature was undermined by a lack of Apple Watch support. Mail Privacy Protection was a new feature introduced with iOS 15, iPadOS 15, and macOS Monterey that hides your IP...
Read Full Article • 16 comments

Monday December 5, 2022 11:44 am PST by Juli Clover
Due to production issues at Apple supplier factories in China, the iPhone 14 Pro and iPhone 14 Pro Max are backordered and basically out of stock at every store. If you were planning to gift or receive an iPhone 14 Pro model for the holidays and didn't already get one, you're basically out of luck because they're gone until late December. Subscribe to the MacRumors YouTube channel for more ...
Read Full Article • 219 comments

Thursday December 8, 2022 2:45 am PST by Sami Fathi
Apple yesterday announced that end-to-end encryption is coming to even more sensitive types of iCloud data, including device backups, messages, photos, and more, meeting the longstanding demand of both users and privacy groups who have rallied for the company to take the significant step forward in user privacy. iCloud end-to-end encryption, or what Apple calls "Advanced Data Protection,"...
Read Full Article • 177 comments

Thursday December 8, 2022 7:05 am PST by Joe Rossignol
iOS 16.2 is expected to be released next week following nearly two months of beta testing. With last-minute additions like Apple Music Sing and Advanced Data Protection, the software update now has over a dozen new features for the iPhone. Below, we've recapped many of the new features coming with iOS 16.2, including Apple's new whiteboard app Freeform, two new Lock Screen widgets, the...
Read Full Article • 89 comments