The highly reliable Apple leaker known as "Kang" and a number of other unspecified leakers have reportedly received warnings from lawyers representing Apple. 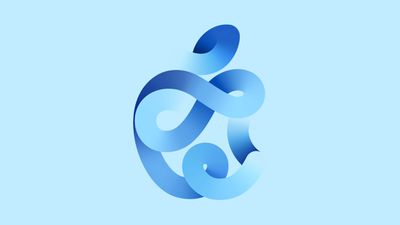 According to posts on Kang's Weibo account, Apple recently commissioned a law firm to send admonitory letters to a number of leakers.

The letter purportedly cautioned leakers that they must not disclose information about unreleased Apple projects because it may give Apple's competitors valuable information and "mislead customers, because what is disclosed may not be accurate."

Apple purportedly grabbed screenshots of Kang's Weibo as evidence, which included him talking about problems he experienced with the iPhone, product release dates, and purchase suggestions for his followers, as well as more casual posts.

Kang went on to give his personal opinion on the situation. Kang explained that since "I have never published undisclosed product pictures" or sold his information, Apple must take exception to "riddles and dreams" about its undisclosed projects. Apple leaks vaguely characterized as "dreams" have been popularized in recent years by leakers such as "L0vetodream," providing some insiders with a fun mechanism to hint at Apple's future plans without giving too much away.

Kang argued that he had not misled consumers and said that he was still within his right to make his feelings known about Apple's smartphone experience, remarking that "your company should not interfere with my Weibo."

He also warned other bloggers, saying that if they do not want to "cause trouble... then don't post anything they don't want to tell the public." Even if "you haven't signed any agreement... they think it is infringement and abuse of commercial information."

Serban55
Now thats a true leaker...nobody will send to Jon Prosser nothing because hes just a guesser
Score: 73 Votes (Like | Disagree)

mallow
This case is dead in the water in America. First amendment protections apply since he isn’t an Apple employee. Apple is just being a bully.
Score: 55 Votes (Like | Disagree)

boss.king
How can it be both valuable information but also misleading or not accurate?
Score: 54 Votes (Like | Disagree)

Premium1
Don't back down Kang! Keep at it. Funny how Apple claims he is "misinforming people" when his leaks don't seem to be anywhere near as damning as some other leakers that post things. Apple should maybe focus on their employees leaking information instead of outsiders not employed by Apple.
Score: 26 Votes (Like | Disagree)

Pezimak
Not sure how reaching Apples lawyers can be here? If the leaker isn’t employed by Apple, isn’t selling the information, isn’t gaining earnings from it. Then surely they have no legal right to block them from leaking the information? Surely the law applies to the leakers sources or whoever is under a contract or NDA with Apple?
Score: 25 Votes (Like | Disagree)

Chiromac81
I don't think Prosser has to worry about anything...Apple would be better off sending a legal letter to a coin that can be flipped LMAO
Score: 19 Votes (Like | Disagree)
Read All Comments