As is frequently the case, Apple’s 2021 product launch schedule seems to be weighted toward the latter part of the year, with a number of new products still expected to debut. While Apple is planning to hold an event this week, it won't include everything Apple's expected to announce before the year ends. 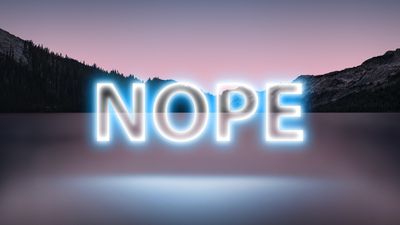 On Tuesday, September 14, Apple will be holding its "California streaming" event, which is expected to include the release of the brand new iPhone 13, Apple Watch Series 7, and possibly the third-generation AirPods.

Out of a few updates expected for the Mac lineup this year, some Apple customers may be on the lookout for a larger iMac powered with Apple silicon. Currently, Apple offers the M1 Apple silicon chip in its redesigned 24-inch ‌iMac‌; however, the larger 27-inch models are still powered with Intel processors.

Apple had previously paused work on a larger Apple silicon ‌iMac‌ to develop the 24-inch ‌iMac‌, released this April. Due to that pause, the larger ‌iMac‌ is not expected to be released until early next year, so don't be on the lookout for any significant ‌iMac‌ product releases during the "California streaming" Apple event.

If it feels like we've been waiting for the redesigned 14 and 16-inch MacBook Pros for an eternity, it's because we have. Apple is expected to release the all-new MacBook Pros, which will not only feature a more powerful Apple silicon chip but also major design changes and brand new displays, later this fall.

Apple last year debuted its first round of Apple silicon Macs during an event in November, and Apple is likely to do the same this year. Apple is unlikely to include any updates or mentions of the Mac during its event on Tuesday, September 14, as it will want the attention to revolve around the ‌iPhone 13‌ and Apple Watch Series 7.

Bloomberg's Mark Gurman this week reported that Apple is planning another event later in the fall focused on the Mac and iPad. That event is likely to include the 14 and 16-inch MacBook Pros, as well as iPad updates.

The fifth-generation iPad mini was released in March of 2019, and an update is expected to come this fall. The new sixth-generation ‌iPad mini‌ will include a similar design to the iPad Pro and iPad Air but in a smaller and lighter form. The new ‌iPad mini‌ is also rumored to have a USB-C port and the A14 chip. We're expecting the new ‌iPad mini‌ to launch this fall, but it's unlikely to make an appearance at Tuesday's Apple event.

Apple is hard at work on a new high-end version of the Mac mini, last updated with the ‌M1‌ Apple silicon chip in November of 2020. The new model is rumored to include a more powerful "M1X" Apple silicon chip and a new design with additional ports and a "plexiglass" top.

Bloomberg's ‌Mark Gurman‌ has reported the new Mac mini is only "several months away," meaning a launch could be in store for this year. If Apple is planning a launch this year, it could come at the same event that includes the launch of the 14 and 16-inch MacBook Pros, possibly sometime in October or November.

Apple is working on the second-generation of the AirPods Pro, marking the first update to the product since it launched in October of 2019. The new AirPods are rumored to feature a more compact design, a new wireless chip, improved sound quality, as well as updated motion sensors for fitness tracking. While the ‌AirPods Pro‌ is due for an update, we're not expecting to hear any ‌AirPods Pro‌ news until next year.

iOS 15, iPadOS 15, watchOS 8, tvOS 15, and macOS Monterey are all set to be released to the public this fall, following their preview in June and months of public and developer beta testing. The ‌iPhone 13‌ and Apple Watch Series 7 will ship with iOS 15 and watchOS 8 respectively, and a general release date for both operating systems is likely to be announced during Tuesday's event.

While macOS Monterey is also set to be released in the fall, macOS updates have sometimes tended to be released later in the fall, such as in October or November. Last year, Apple held the general release of macOS Big Sur until November to coincide with the release of new Apple silicon Macs. As we're expecting new Macs this year, Apple may similarly decide to hold macOS Monterey until the new Macs are released.

While Apple could surprise us all with some unexpected product launches during its "California streaming" event, we're unlikely to see any big surprises. Apple will hold several digital events over the next several months and rumors about the remaining events for the year are sure to start appearing following Tuesday. The ‌iPhone 13‌ and Apple Watch Series 7 event will take place on Tuesday, September 14, at 10:00 a.m. Pacific Time.

If you're not able to watch or just want to follow along with us as we watch the event unfold, visit MacRumors.com for our liveblog or follow us on Twitter at MacRumorsLive for our live tweet coverage.

iapplelove
What not to expect, a price decrease on anything
Score: 21 Votes (Like | Disagree)

macsorcery
another boring show for the phone people.. followed by a week of sycophant podcasts trying to pump it up with endless recaps.
Score: 17 Votes (Like | Disagree)

MacLawyer
Well that's my downer for the day. "Looks like I picked a bad day to quit drinking." ?
Score: 15 Votes (Like | Disagree)

Serban55
What to expect, after several days, What NOT to expect...whats next? "What it will NOT be for sure" article
Score: 8 Votes (Like | Disagree)

EightBitJoe
Here's my non-comment for this article:
Score: 6 Votes (Like | Disagree)
Read All Comments