Adobe Announces New Features for Photoshop on Desktop and iPad

Adobe today announced several new updates for its Photoshop apps available for the Mac and the iPad. Photoshop for ‌iPad‌ is gaining Healing Brush and Magic Wand features, bringing it in line with Photoshop for the desktop. 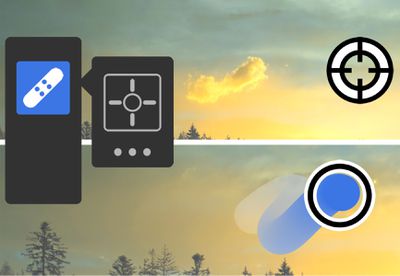 With the Healing Brush, ‌iPad‌ users will be able to correct imperfections, with the tool matching texture, lighting, transparency, and other details. The Magic Wand tool is available for selecting irregularly shaped areas, extracting objects from a flat background, or selecting distinct colors.

In addition to these two new features, Photoshop for ‌iPad‌ is gaining Canvas Projection, which will allow Photoshop users to share their canvas or collaborate live on a larger screen. Through this feature, an ‌iPad‌ can be connected to an external monitor or TV display using HDMI or USB-C to project the ‌iPad‌'s screen on that display.

For Photoshop on Desktop, Adobe is introducing an improvement to the Sky Replacement feature, adding new skies to choose from and the option to import up to 5,000 skies at once.

Other new additions include a Bezier handle movement for Transform Warp, improvements to Neural Filters, a Discover panel that makes it easier to search for tools, workflows, and menu items, with full details available through Adobe's blog post.

Earlier this week, Adobe announced signups for Adobe MAX, its October event that will be available for free and will feature more than 400 sessions, keynotes, workshops, and more.

w5jck
Adobe offers a Photoshop and Lightroom package for a $10/month subscription. Definitely worth it.

Like a lot of people, I initially was furious over the subscription method of getting software. However, since Adobe started doing a subscription service, so have a large number of other software companies. It has become the norm in the software industry, like it or not. Adobe still has its bloat, but at least they turn out cutting edge products and keep them updated. If you just need to process some internet family photos, there are less expensive options than Adobe. If you need professional quality processing capability, Adobe still blows away the competition, and at $10/month it is a good value. Again, it isn't designed for Instagram users, it is designed for pros or those who want pro quality capability.
Score: 5 Votes (Like | Disagree)

krazzix
It baffles me how little using Photoshop for me personally has changed in the past 20 years. All those new features that come out are nice, but 99% of the time I still use the same tools that I've used for forever, and people are still amazed by it.
Score: 3 Votes (Like | Disagree)

Adobe is one of the few subscriptions that actually delivers consistent product improvement
Score: 3 Votes (Like | Disagree)

sfwalter
I think Adobe should be embarrassed that two years later they are still quite a bit behind Affinity Photo. You still can't edit raw files with Photoshop for the iPad.
Score: 2 Votes (Like | Disagree)

840quadra
I only have LR on my iPad, but had no idea that photoshop didn't have the basic healing brush tool.
Score: 1 Votes (Like | Disagree)

DanTSX
Are these pay per use?
Score: 1 Votes (Like | Disagree)
Read All Comments