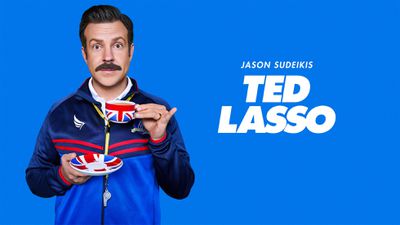 The Hollywood Critics Association has published its nominations for its first annual TV awards, as highlighted by Deadline.

For Best Streaming Comedy Series, Ted Lasso takes on Netflix's "Cobra Kai," Peacock's "Girls5Eva," and HBO Max's "Hacks" and "The Flight Attendant," as well as ‌Apple TV+‌'s "Mythic Quest." Mythic Quest also received a number of other nominations, with Rob McElhenney being nominated for Best Actor in a Comedy Streaming Series and Danny Pudi for Best Supporting Actor in a Comedy Streaming Series.

"1971: The Year Music Changed Everything" is nominated for Best Streaming Docuseries, Documentary Television Movie, or Non-Fiction Series, where it rivals Netflix's "American Murder: The Family Next Door," "Crime Scene: The Vanishing at the Cecil Hotel," "Murder Among Mormons," "The Sons of Sam: A Descent into Darkness," and "Unsolved Mysteries," HBO Max's "Heaven’s Gate: The Cult of Cults," Hulu's "Kid 90s," and Amazon Prime Video's "P!nk: All I Know So Far."

‌Apple TV+‌ shows have been nominated for over 400 awards since the streaming service's launch, including 25 Daytime Emmy Awards. In particular, Ted Lasso has been a major award-winner for Apple, receiving a Critics Choice Award, SAG Award, a Golden Globe, and more.

macsplusmacs
Everyone gets a biscuit!!
Score: 9 Votes (Like | Disagree)

Yet another nominations for awards I have never heard. Nominations for over 400 awards… Sounds like competition for small children where everyone gets a medal for participation ?

Hang tight. Ted Lasso about to pick up 8 primetime Emmy noms next week. I'm sure you've heard of the Emmy awards.
Score: 5 Votes (Like | Disagree)

This show is ok. Probably only sports fans will love it!

My wife who hates all sports loves Ted Lasso (as do I).
Score: 4 Votes (Like | Disagree)

Watched the first two episodes on an AA flight last week. Didn't hook me. Switched to Young Sheldon. Seemed like a much better comedy.

Watched the first two episodes on an AA flight last week. Didn't hook me. Switched to Young Sheldon. Seemed like a much better comedy.

Some men aren't looking for anything logical, like money. They can't be bought, bullied, reasoned, or negotiated with. Some men just want to watch the world burn
Score: 4 Votes (Like | Disagree)
Read All Comments