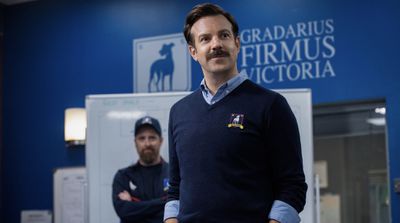 Ted Lasso stars Sudeikis as a small-time college football coach from Kansas hired to coach the professional soccer team AFC Richmond in England, despite having no experience coaching soccer. The series has received rave reviews for Lasso's unrelenting positivity, and Sudeikis also won a Golden Globe Award for his performance last week. Waddingham plays the role of Rebecca Welton, the owner of AFC Richmond.

BEST ACTOR IN A COMEDY SERIES

The cast of Ted Lasso will be participating in a virtual panel discussion at the PaleyFest television festival, with a video of the discussion to be released on April 1 at 7 a.m. Pacific Time. The series has been renewed for second and third seasons, with the second season expected to premiere at some point in summer 2021.

SuperMatt
Loved the show - looking forward to another season!
Score: 18 Votes (Like | Disagree)

eroslws
What I love about Ted Lasso is just how absolutely wholesome it is. Every single character is so well developed. It alone is worth having Apple TV+, even though I also adore Mythic Quest.
Score: 9 Votes (Like | Disagree)

If by same little niche, you mean, “near universal praise from everyone who watched the series, across Twitter, MR forums, Facebook, critics, and social media,” then yes, you are correct.

Ted Lasso is having a national moment right now. And well deserved.
Score: 9 Votes (Like | Disagree)

Life's a little brighter with both Schitt's Creek and Ted Lasso in this world.
Score: 8 Votes (Like | Disagree)