Australia's Federal Court has permitted Epic Games to sue Apple, reversing a previous ruling that said the two companies had to battle it out in the United States first before any legal action could take place Down Under. 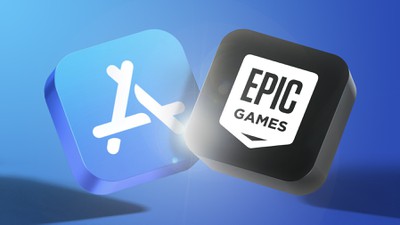 Epic and Apple are involved in a highly public lawsuit in the United States, but Epic has also sued Apple in other countries, including Australia last November, in an attempt to boost its chances of getting a favorable ruling.

Epic's case in Australia follows much of the same argument in the U.S., claiming that Apple is a monopoly and that the ‌App Store‌ and in-app purchasing system are unfair.

Apple argued that the case was already being tried in California courts, and won a three-month stay on the Australian action that would become permanent unless Epic filed a lawsuit in California alleging violations of Australian Consumer Law.

Epic appealed that decision in April, and on Friday morning three Federal Court judges duly granted it, finding that the presiding judge who permitted the stay of action had failed to consider that the lawsuit involves public interest issues, which take priority over exclusive jurisdictional stipulations. Epic said it was pleased with the outcome.

"This is a positive step forward for Australian consumers and developers, who are entitled to fair access and competitive pricing across mobile app stores," the company said in a statement. "We look forward to continuing our fight for increased competition in app distribution and payment processing in Australia and around the world."

Apple said it would appeal the decision, on grounds that its contract with Epic requires that the two companies litigate in California.

"The initial decision in April from Australia's Federal Court correctly ruled that Epic should be held to the agreement it made to resolve disputes in California," said Apple in a statement. "We respectfully disagree with the ruling made today and plan to appeal."

Apple in March told an Australian court that Epic's legal challenge against the ‌App Store‌ is "self-serving," and that all the software company aims to do is "redefine the terms of access" that it's always been subject to on Apple's platforms.

The three-week ‌Epic Games‌ v. Apple trial wrapped up in the States in late May, but it could be several weeks before we learn of the verdict, and it's quite likely that any decision will be appealed, so this is a lawsuit that could carry on for months to come both in the U.S. and abroad.

(Via The Australian Financial Review.)

If epic win , you can still choose not to sideload

It's time to let apple be open

If you want "open"...I'm going to drag out the same tired repetitive statement...you have another option. People are all about having a "choice" but forcing Apple to open...TAKES AWAY THAT CHOICE! Many of us chose Apple because it's closed and we didn't want "open" Android. Force Apple to open and now your choices are "open" or... "open". That's not a choice.

You already have an "open" choice. For **** sake, stop trying to take away the only "closed" one for those of us who want it. The level of irony is astounding. In the hope to provide "choice" you actually want to take it away.
Score: 15 Votes (Like | Disagree)

Loving it! ? Governments are finally waking up, and will beat the hell out of these shady companies like Apple and Google.
I’m looking forward to side loading.

What would be the advantage to that, to side loading? Or in other words, why do you want / need that?
Score: 12 Votes (Like | Disagree)

Kirkster
The only winners are the lawyers.

If you want to sideload the latest spyware/malware from China, Russia, Nigeria, etc there is already a device for that, Knock yourselves out.

I don’t mind paying for apps that fit my needs, but I am loath to be the product, that seems to be the current business model of Google, Facebook, Microsoft, and many others.

I find value in the walled garden that is the App Store. Do they catch every bad actor? No one ever will, but they do a better job of protecting their user base than most. Nothing is perfect but I like the steps that apple has been taking for security and privacy far more that the other manufacturer where you are their product.
Score: 12 Votes (Like | Disagree)

It’s not whatever though. Your sister, well she decided to sideload apps and got a really nasty one. Now all your info that was in her phone, your location, your text, your photos, oh yeah don’t forget that 20 dollars you texted her with Apple Pay… welp now that bad app has all your info and broke your Apple Pay security.
And you didn’t even have to side load an app. ?

Someone has no idea how software works lmao
Score: 10 Votes (Like | Disagree)

SurferPup
I'm one Aussie that Epic Failure and Aussie Torment Office (our version of your IRS) will make no money from the sale of their games in or outside of the App Store. I hope Epic financially haemorhrage fatally here. Our stupid Government should stay out of what is essentially an American legal court battle.
Score: 10 Votes (Like | Disagree)

I don’t want Apple to tell me which app can or can’t be installed.

I wouldn’t call parler being usable via sideloading an advantage.
Score: 10 Votes (Like | Disagree)
Read All Comments

Wednesday February 17, 2021 2:08 am PST by Tim Hardwick
Epic Games has filed an antitrust complaint against Apple in the European Union, broadening its legal battle against the tech giant by attempting to appeal to the EU's differing interpretation of antitrust issues compared to those in the United States (via The Wall Street Journal). Last September, Epic Games‌‌ added a Fortnite update that allowed customers to purchase in-game currency directl...
Read Full Article • 100 comments