Apple has won the rights to a script for an hour-long drama series that will see Justin Timberlake star as former "The Gong Show" host Chuck Barris, according to Deadline. The untitled series will be based on "Confessions of a Dangerous Mind," a 1984 memoir in which Barris claimed that hosting "The Gong Show" was a cover for his real job as a CIA assassin. Barris later admitted that he made up the story. 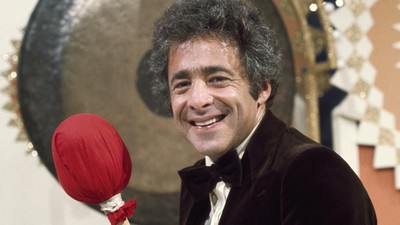 "Confessions of a Dangerous Mind" was already adapted into a film directed by George Clooney in 2002. The new Apple TV+ series will be co-produced by Paramount Television and Miramax, the latter of which released the 2002 film.

Timberlake recently starred in the Apple TV+ film "Palmer" alongside child actor Ryder Allen, who was nominated for a Critics Choice Award for Best Young Performer. Following the release of "Palmer" in late January, Apple TV+ reportedly set a new weekend viewership record, with a 33% increase over average viewer numbers at the time.

Might need to go see a doctor and get your ears checked out.
Score: 12 Votes (Like | Disagree)

jdclifford
I loved that show. Barris was a riot. The book was nutso!
Score: 8 Votes (Like | Disagree)

castlema
But we there be a cameo from Gene Gene the Dancing Machine?
Score: 8 Votes (Like | Disagree)

mannyvel
This was such a hilarious show. I watched it as a kid and thought it was great. As an adult it's totally crazy. Everyone was drunk, high, or both.

Anyway, unless the show was doing a lot of location shots his story would have been impossible. Plus Chuck looked like he was blitzed most of the time, which is probably why the gong was so damn big - it's hard to miss a gong that big. Drunk assassins probably don't last real long in real life.
Score: 7 Votes (Like | Disagree)

filmantopia
After what he did to Brittany???