CBS has begun reminding subscribers to its CBS All Access streaming service on Apple TV that its rebranding to Paramount+ will launch on March 4. 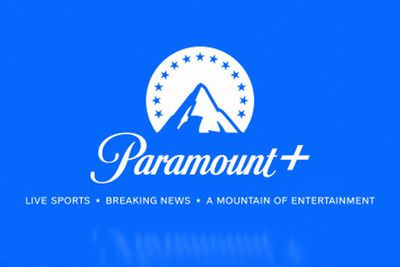 CBS All Access, which is available as an individual ‌Apple TV‌ Channels subscription, appears to have rolled out its ad awareness campaign on the streaming service in the last day or two.

CBS All Access is becoming Paramount+ on March 4, but as a CBS All Access subscriber, you don't have to do a thing. You'll have full access to Paramount+ via your existing Apple TV Channels subscription.

Meet you on the mount, March 4.

The rebrand will be accompanied by new titles from other ViacomCBS-owned channels including Paramount, CBS, MTV, and BET.

Original content intended to lure new subscribers and retain existing ones include The Offer, a 10-episode scripted mini-series about the making of Francis Ford Coppola's The Godfather, a new version of MTV's Behind The Music, and a renewal of The Game.

What the ad campaign doesn't mention is that come March 4, the service will no longer be awailable to subscribers who use a third-generation ‌Apple TV‌ to access it, as third-party developers slowly end support for the eight-year-old device.

Earlier this week, subscribers using third-generation ‌Apple TV‌ models started seeing a prompt when they opened the CBS All Access app that their access would end next month.

svanstrom
Just a reminder that starting next week I'll be rebranding myself as Tony+.

I'll be the same as before, but my marketing department is telling me that this brand rejuvenation will make me vibe better with the millennials.

This will, of course, also change my consultancy fees, that from now on will be in a subscription format; and I will only answer the phone when an already established subscriber is calling me from a preapproved type of device*.

*At this stage Android devices are not supported; and we are currently looking into a bug that's making people wearing AirPods Max forced to listen to me sing the Macarena, while they are also hearing sounds of movements that 3 out of 4 test groups correctly identified as "lewd".
Score: 14 Votes (Like | Disagree)

Kierkegaarden
The plus looks odd next to the classic Paramount name. Surely they could have come up with something more imaginative.
Score: 11 Votes (Like | Disagree)

Apple TV plus, Disney plus, Paramount plus... they’re all at it with this branding fad. It’s a subscription world running rampant now. Just imagine where we’ll be in ten years. I’ll be subscribing to use my toothbrush!

Unlikely. You’ll be required to subscribe to the Toothpaste Brand. Brushes will be provided with the subscription for 90 days. At which time you’re given the choice of choosing the Plus Plan for continued brushes, or Basic with no brushes.
Score: 9 Votes (Like | Disagree)

The plus looks odd next to the classic Paramount name. Surely they could have come up with something more imaginative.

Apple TV plus, Disney plus, Paramount plus... they’re all at it with this branding fad. It’s a subscription world running rampant now. Just imagine where we’ll be in ten years. I’ll be subscribing to use my toothbrush!
Score: 7 Votes (Like | Disagree)

Just imagine where we’ll be in ten years. I’ll be subscribing to use my toothbrush!

keifer.street
Marketing Exec: “Let’s rebrand. How about we take a flat, modern looking name and logo and replace it with something ugly and dated that looks like it came straight from the 90s? People are into cursive right? Let’s show the kids how hip PARAMOUNT is”
Score: 5 Votes (Like | Disagree)
Read All Comments