"Foundation" writer and showrunner David Goyer is ambitiously hoping to tell Isaac Asimov's science-fiction story over the course of eighty hours, which is as yet unheard of on Apple TV+. 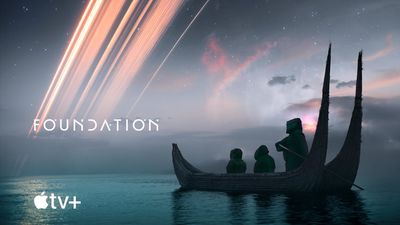 Foundation tells the story of "a band of exiles on their monumental journey to save humanity and rebuild civilization amid the fall of the Galactic Empire," and is based on Isaac Asimov's science-fiction novels of the same name.

In a new interview for Lovin Malta, Goyer discussed why much of the show is being shot in Malta and revealed that he is hoping that the show will run for 80 hours, comparing it to the eight-season run of "Game of Thrones."

The audience is changing. The way that we're consuming stories is changing. Game of Thrones was really the first of these big, giant novelistic shows, and now with Foundation we can tell the story hopefully over the course of 80 episodes, 80 hours, as opposed to trying to condense it all into two or three hours for a single film.

He added that he hopes future seasons will continue to be mostly shot in Malta. Malta was selected for much of Foundation's shooting schedule for its "copious water tanks," being appropriate for Foundation's water planet setting, and due to being suitably versatile for shooting a range of environments during a time in which global travel has been limited. Malta's Film Commissioner, Johann Grech, highlighted that Foundation is the first ‌Apple TV+‌ show to be produced in Malta.

This is the first time that a senior crew member has spoken publicly about an ‌Apple TV+‌ show running for such a long period of time, and seems surprisingly confident given that the first season of Foundation has yet to even finish shooting.

"Dickinson" and "Servant" are the only ‌Apple TV+‌ shows to have premiered a second season so far, with the second season of "For All Mankind" set to arrive on Friday, February 19. ‌Apple TV+‌ show "Ted Lasso" is highly likely to end at three seasons despite its success with critics and audiences. The show was renewed for a second and a third season not long after the first season was released. Servant has also been renewed for a third season.

Given that only two ‌Apple TV+‌ shows have premiered second seasons and been renewed for third seasons, it is far too early to speculate on whether Foundation will reach as many as eight seasons. Nevertheless, discussion of a considerably longer, overarching narrative than has otherwise been seen on ‌Apple TV+‌ so far, and comparison to the highly successful Game of Thrones may indicate that Apple has very ambitious plans for Foundation.

The first, ten-episode season of Foundation is expected to debut on ‌Apple TV+‌ in the fall of 2021.

This is the beginning from where all star wars, dune etc started Foundation is the FATHER
Score: 22 Votes (Like | Disagree)

For a true fan it will never be good enough; but it looks like a very serious attempt, so it might just be a good watch anyways. I'm very excited about it.

McKodiak
If the show is as great as it looks and should be, this could be Apple's Game of Thrones. 10 episodes a year for 8 years, released weekly. Should raise subscription totals.
Score: 12 Votes (Like | Disagree)

Malta was selected for much of Foundation's shooting schedule for its "copious water tanks," being appropriate for Foundation's water planet setting...

I'm not one to get upset for shows not following books to a T, but how much are they changing that requires a water planet? That seems like an unnecessary constraint considering none of the story has anything to do with water planets.
Score: 11 Votes (Like | Disagree)

Honestly, I'd rather they just stick with the original 3. Maybe do some occasional flashback type stuff to get some of the info from the prequels about how Seldon got started, but that's it. The prequels/sequels got too "Asimov Universe" for my taste and I wouldn't want to dilute the shows from really telling the story of the original trilogy.
Score: 7 Votes (Like | Disagree)

I'd love to see a Robots TV series...

That will smith cinematic abomination didn’t do it for you? :-)
Score: 6 Votes (Like | Disagree)
Read All Comments