Apple Korea's correction scheme to spend 100 billion won ($89.7 million) to support consumers and small-sized businesses has been accepted by the country's antitrust watchdog, following a years-long investigation into the company's unfair market practices (via The Korea Herald). 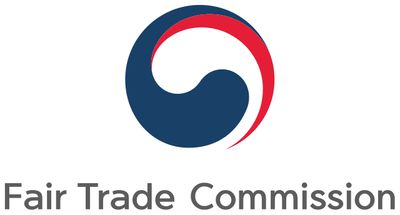 Apple has been under investigation in Korea since 2016 over unfair iPhone contracts that required local carriers to pay advertising and repair costs, with the Korean Federal Trade Commission conducting raids in June 2016 and November 2017.

The Korean FTC initially looked into imposing penalties on Apple Korea and held several plenary sessions to discuss the issue. Instead, Apple suggested a voluntary correction scheme to conclude the case, and the FTC agreed to review the proposal last year. Today's report confirms that the watchdog has now accepted the plan under its Monopoly Regulation and Fair Trade Act.

Under the Monopoly Regulation and Fair Trade Act, companies that are accused of antitrust activities are allowed to state a correction scheme. Should the FTC view the suggested corrective measures as reasonable, it is to close the case without judging the illegality of the case.

The related clause was introduced in 2011 in order to add speed to pending cases and to provide tangible remedies to consumers, instead of holding on to legal means.

The plan consists of Apple spending 40 billion won on the construction of an R&D center for local small-sized businesses involved in smartphone manufacturing, with 25 billion going into offering consumers 10% discounts in ‌iPhone‌ repairs and warranties.

"We are pleased this process has reached a conclusion and look forward to expanding and accelerating our existing commitments here with these new investments that will benefit local suppliers and manufacturers, small businesses, entrepreneurs, and education," Apple said in a statement.

"This broad range of initiatives will strengthen innovation and economic opportunity across Korea. We look forward to sharing more details on these plans in the months to come."

The FTC will appoint an accounting firm to review Apple's implementation of the plan on a half-year basis over the next three years. If Apple Korea doesn't follow through on its commitment, the company could face an enforcement penalty of 2 million won per day and have the correction scheme declared invalid.

Methinks this has something to do with the Apple Car.

robertcoogan
Methinks this has something to do with the Apple Car.
Score: 5 Votes (Like | Disagree)
Read All Comments