Apple's South Korea business has offered to make a 100 billion won ($84 million) payout to support small businesses and help consumers, according to the country's competition watchdog (via Reuters). 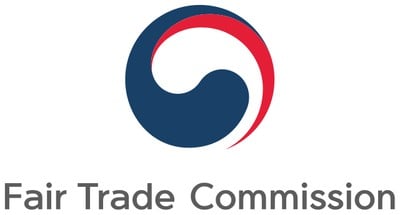 The Korean Fair Trade Commission (KFTC) investigated Apple Korea in 2016 for requiring SK Telecom, KT Corp, and LG Uplus Corp to pay the cost of television advertisements and warranty service for its iPhones. The probe found that Apple holds a clear advantage over local mobile carriers and that handing over the cost of advertisements was another means of squeezing the profits of the carriers.

In June of this year, the antitrust regulator decided to allow Apple to map out a set of measures to address its anti-competitive business practices in the country, and Apple has now agreed to fix unfair terms with mobile carriers as part of its proposal. Apple said it will discuss how to share advertising costs with telecoms firms, which will help reduce burdens to carriers, the KFTC said in a briefing.

Apple has reportedly pledged to offer 40 billion won ($34 million) to build a center to support research and development for Korea's small manufacturers and 25 billion won ($21 million) to establish an "academy" to provide education to developers. The rest of the 100 billion won would be used to give consumer discounts on warranty repair costs and other benefits, according to Reuters.

Provided the KFTC accepts Apple's offer, the regulator will close the case and conclude that Apple has not done anything illegal.

Even if that does happen though, Apple could be facing another probe by Korean regulators for its business practices. Last week, an alliance of app developers and small companies submitted a petition to the Korea Communications Commission asking for an investigation into whether Apple and Google may be violating Korean laws on in-app purchases and anti-competitive behavior.

syklee26
Apple was in line to be fined approximately 420 million dollars, which is 5 times the amount it is committing to contribute. So this is a chump change they are proposing to settle the case.

Before messing with TelCos, Apple has for years ruthlessly bullied the authorized resellers, who are small businesses with absolutely zero negotiating power against Apple. However, once they started bullying conglomerates such as SKT, KT and LG, these TelCos fought back with full support from Korean government, they were getting into a losing battle. I am sure Samsung somehow got involved as well.

Apple has dragged out the legal process as much as they could, but their time is running out and they are making the last ditch effort to settle. Korean governmental agencies generally impose hefty fines and settle for far less, so I think they will settle. But Apple can no longer mess around, and they deserve every cent of penalty they face.
Score: 10 Votes (Like | Disagree)

To you, and only because it doesn't favor Apple's monopoly ?
Score: 5 Votes (Like | Disagree)

LeeW
Whatever it is, many will benefit so there are positives regardless of how they have come about.
Score: 3 Votes (Like | Disagree)

Sunday August 1, 2021 6:21 am PDT by Sami Fathi
Models of the Apple Watch Series 6 with titanium cases part of the "Apple Watch Edition" collection is currently widely unavailable for pick-up in several of Apple's retail stores in the United States and is unavailable entirely for delivery in major markets. Noted by Bloomberg's Mark Gurman in the latest edition of his "Power On" newsletter, titanium models of the Apple Watch Series 6,...
Read Full Article • 100 comments