Apple's transition away from Intel processors in Macs is officially underway with this week's introduction of new 13-inch MacBook Pro, MacBook Air, and Mac mini models with Apple's custom-designed M1 chip, and these three systems are just the beginning. 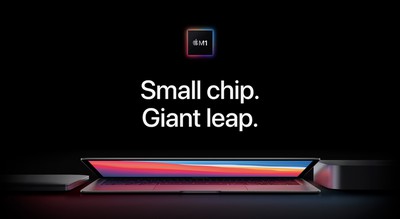 Following its virtual event on Tuesday, Apple reiterated that the transition to Apple Silicon will take about two years to be completed. Apple did not reveal which Macs will be getting M-series chips next, but here's what has been rumored so far:

With an 8-core CPU, up to an 8-core GPU, a 16-core Neural Engine, unified memory architecture, and more, Apple says the M1 chip delivers up to 3.5x faster system performance, up to 6x faster graphics performance, and up to 15x faster machine learning, while enabling battery life up to 2x longer than previous-generation Macs.

ridgero
You can hate or love Apple, but with the move to ARM they are giving the industry a huge boost. 2020 is the first year in over a decade that I feel like something is really going on in the computer industry.
Score: 30 Votes (Like | Disagree)

Apple says the M1 chip delivers up to 3.5x faster system performance, up to 6x faster graphics performance, and up to 15x faster machine learning

Compared to what? I3 machine?

MakeAppleAwesomeAgain
There were 218 days between the Intel announcement and the first Intel products. This year there were 142 days between the AS announcement and the first AS products. Both transitions would take two years. The last PowerPC products were replaced 427 days after the Intel announcement. I think the complete line-up will be replaced before or during WWDC 2021.
Score: 13 Votes (Like | Disagree)
Read All Comments