Apple contract manufacturer Foxconn is running its massive Zhengzhou factory in China 24 hours a day to produce the new iPhone 12, according to Chinese media reports. 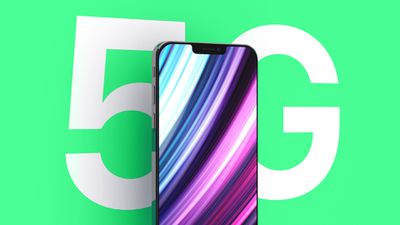 Apple's main iPhone manufacturer in China is said to be cancelling workers' holidays and introducing mandatory overtime with additional bonuses for longer-serving staff, according to information garnered from employees, recruitment ads, and local media.

Many employees have also been asked to cancel upcoming holidays around the Mid-Autumn Festival and National Day this week to ensure timely delivery of the new ‌iPhone‌, initial shipments of which are rumored to be going out to distributors on October 5, with Apple's iPhone-centric event rumored to follow on October 13.

The dates are later than usual for Apple, owing to production delays because of the global health crisis. But as with any other year, Foxconn needs as many hands on deck as possible at its factory in Zhengzhou to assist with mass production of the upcoming iPhones.

Apple is widely expected to announce four ‌‌iPhone 12‌‌ models, including a 5.4-inch model, two 6.1-inch models, and a 6.7-inch model, all with OLED displays and 5G connectivity. The more affordable 5.4 and 6.1-inch devices are expected set to ship out ahead of the more expensive 6.1-inch and 6.7-inch Pro devices, which are believed to be coming in November.

For everything we expect from the ‌‌iPhone 12‌‌ lineup, read our in-depth roundup.

Seanm87
Oh great so we have the guilt of slave labour when we’re holding our new iPhone 12’s.

China is such a terrible place for workers rights.
Score: 15 Votes (Like | Disagree)

More like a confusing combination of totalitarianism and state capitalism, where you can't quite tell where state-owned ends and private begins.
Score: 15 Votes (Like | Disagree)

robertosh
Not enough, please ramp up to 48h a day. I want my mini on launch day!
Score: 15 Votes (Like | Disagree)

J.J. Sefton
I had middle/upper management positions in 3 major us financial institutions and I was ordered to cancel my vacations during crunch time. I've also been forced to work mandatory over time numerous times.

Tuesday October 27, 2020 1:13 pm PDT by Juli Clover
Apple has secured a multi-year deal with writer, producer, and former host of "The Daily Show" Jon Stewart, which will see him returning to TV following his 2015 retirement, according to The Hollywood Reporter. Stewart will once again host a current affairs show, exploring topics at the center of national conversation. There's no title yet for the series, which will feature hourlong...
Read Full Article • 73 comments

Wednesday August 12, 2020 7:55 am PDT by Joe Rossignol
China will no longer be the world's manufacturing epicenter going forward, according to Apple's largest supply chain partner Foxconn, which has been gradually expanding its operations in other countries amid the U.S.-China trade war. "No matter if it's India, Southeast Asia or the Americas, there will be a manufacturing ecosystem in each," said Foxconn chairman Young Liu, according to Bloombe...
Read Full Article • 120 comments

Thursday November 26, 2020 3:07 am PST by Tim Hardwick
Apple has asked Foxconn to move some of its iPad and MacBook assembly from China to Vietnam in an effort to minimize the impact of ongoing trade tensions between the U.S. and China, according to sources cited by Reuters. Foxconn is building assembly lines for Apple's iPad tablet and MacBook laptop at its plant in Vietnam's northeastern Bac Giang province, to come online in the first half of...
Read Full Article • 90 comments