Apple has inked a deal with the Maurice Sendak Foundation and plans to create Apple TV+ kids shows and specials based on the popular book "Where the Wild Things Are," according to The Hollywood Reporter. 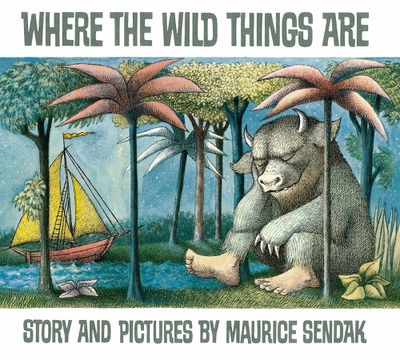 Under the terms of the deal, Apple and The Maurice Sendak Foundation will "reimagine new children's series and specials based" on the author's illustrations and books, which include "Where the Wild Things Are," "In the Night Kitchen," "Outside Over There," and "The Nutshell Library."

This is the first time that the Maurice Sendak Foundation has established a multi-year overall agreement with a streaming television service. Writer, director, and Sendak collaborator Arthur Yoinks will work with Apple to develop various projects.

There's no word on what Apple paid for access to Maurice Sendak's characters, but Apple has also signed overall content deals with the Jim Henson Company for a Fraggle Rock series, Sesame Workshop for various TV shows like "Helpsters," and WildBrain (formerly DHX Media) for Peanuts content like "Snoopy in Space."

Back in 2009, director Spike Jonze worked with Maurice Sendak for a "Where the Wild Things Are" film, and it sounds like Apple's deal will focus on television content rather than another movie.

Why? the movie was so terrible and depressing. Surely we don't need more of those.

citysnaps
Seeing a lot of his work, Sendak was a gifted artist and illustrator. This will take off and is an excellent move by Apple.
Score: 5 Votes (Like | Disagree)

How is Apple making $$$ over this? I dont understand.

You’re focusing too narrowly on the most direct kind of investment and return. Apple isn’t depending on selling subscriptions to get a return on what they’ve paid for tv+ content.

This is a future forward play. While productivity software was the most predominant use for Macs, and apps, including entertainment, the most common use for iOS devices, video content is quickly dominating the overwhelming time spent on Apple devices. Allowing Netflix, Disney and other major players to have complete leverage over the user experience on Apple devices would corner the company into losing control of its platforms. Netflix has already been using its weight to push Apple around.

Apple is a trillion dollar company because of the consistent experience they’re able to provide their users across their ecosystem and they’ve controlled that experience because they own and run the App Store. They have no such control over video content. While they don’t have to make all the content or even a large part of it, providing their own reference baseline like they did with iLife and iWork apps, they’ll be able to guide the other big video streamers along. They can only do this by becoming one of them.

Is a $2 billion a year investment worth it to maintain a $1 trillion dollar company?
Score: 5 Votes (Like | Disagree)

Does everything ever written have to become a series or movie (or both) at some point?

It beats the hell out of rehashed medical, police, military hero dramas
Score: 4 Votes (Like | Disagree)