Apple's 5G iPhone is still on track to launch within the company's typical annual fall release schedule, according to a new Bloomberg report on filed on Monday. 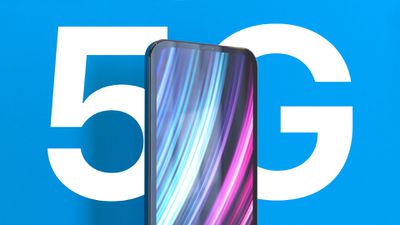 Signs are that Apple's Chinese-centric manufacturing -- of which Hon Hai is the linchpin -- is slowly getting back on track. The next iPhones with 5G wireless capabilities remain on schedule to launch in the fall, partly because mass production isn't slated to begin until the summer, people familiar with matter have said.

Foxconn (aka Hon Hai) was forced to postpone the reopening of its main iPhone-assembly plant in Zhengzhou as strict quarantine measures remained in force, however the iPhone maker has reportedly raised signing bonuses significantly in order to attract the new workers it needs to assemble its products.

The report aligns with another one published by Bloomberg earlier the month that claimed Apple's next flagship ‌iPhone‌ launch is still on schedule, partly because mass production isn't due to begin until May.

Since then, we've seen mixed reports on the current state of Apple's ‌5G iPhone‌ production timeline. Last week, Reuters reported that production ramp-up for the new phones has been postponed, but included the caveat that it was still possible that the iPhones could launch as scheduled.

An earlier report from Nikkei suggested that Apple is considering delaying the 2020 ‌iPhone‌ launch by months, but that no decision had been made yet, while DigiTimes claimed suppliers who make printed circuit boards for the ‌‌iPhone‌‌ had not been asked to postpone volume production for components designed for the 2020 ‌‌iPhone‌.

Apple is expected to release four so-called iPhone 12 models in the fall, including one 5.4-inch model, two 6.1-inch models, and one 6.7-inch model. All of the devices are rumored to include OLED displays and support 5G, and they may sport a new design that includes more of a flat edged metal frame like the iPad Pro or ‌‌iPhone‌‌ 4.

Beyond the 2020 ‌iPhone‌, today's report cautions that future Apple devices could yet be delayed because of disruptions to Apple's wider supply chain network – Foxconn is just one part of Apple's manufacturing partners, while the tech giant usually spends "months or even years" sourcing components around the world, notes Bloomberg.

According to a prediction made in December by analyst Ming-Chi Kuo, Apple plans to launch a high-end ‌iPhone‌ without a Lightning connector in the second half of 2021. The device will supposedly offer a "completely wireless experience," although given the current state of play around the globe, whether it will arrive on schedule is another matter.

In other news, Foxconn posted a $1.58 billion profit for the fourth quarter of 2019, down 24 percent year on year. The decline was linked to trade tensions between the U.S. and China and weakened smartphone demand globally, coming before China's manufacturing industry felt the impact of the viral outbreak.

Apple could do it if it wanted to. It just likes its profit margins too much, that's all.

Moving production to the USA would be a tremendous jobs creator. You'd actually see a substantial jump in GDP. That's how big of an effect it would be.

However, there's something else that your statement reveals: that it would cost more here. You mean that it would reflect the reality of a fair wage with worker protections vs the worker abuse that occurs in China?

Apple could readily eat the additional cost and make these products here in the USA. They just choose profits over people, that's all. You underestimate the production efficiencies that could be reached in the USA.

"Apple could do it if it wanted to. It just likes its profit margins too much, that's all."

Oh, is that all? Perhaps you can speak with some authority on Apple's reasonable GPMs (along with NPMs), that have decreased over the years, and what functions they support internal to Apple?


"Moving production to the USA would be a tremendous jobs creator. You'd actually see a substantial jump in GDP. That's how big of an effect it would be."

How would that happen and who would pay for it? Where would the hundreds of thousands of people come from? Subsidized by the US government, similar to China? Would it take the many years that China has invested to get to the point where they are now. How many years for the US?


"However, there's something else that your statement reveals: that it would cost more here. You mean that it would reflect the reality of a fair wage with worker protections vs the worker abuse that occurs in China?"

Can you speak with authority on Chinese cost of living in concert with the wages production workers earn. Please give some concrete details on a handful of typical costs (over a variety of categories), along with wages.


"Apple could readily eat the additional cost and make these products here in the USA. They just choose profits over people, that's all. You underestimate the production efficiencies that could be reached in the USA."

Readily... It sounds like you've engaged in some detailed analyses to come to that conclusion. Can you report specific details, costs, timelines, populations, and other factors to support your assertion, along with the added costs to the consumer, with detail? Also, pleaser discuss these production efficiencies, in detail, in the US that you believe I underestimate.

From your post it sounds like your an expert on matters such as these and being able to make blanket assertions. Can you talk about your education and hands-on experience that gives you that ability? Perhaps it is similar to Tim Cooks?
Score: 9 Votes (Like | Disagree)

JustinCymbal
I'm planning on getting it!

I skipped the iPhone 11 to hold out for the 5G

Also looking forward to the camera improvements in the 2020 iPhone
Score: 7 Votes (Like | Disagree)

Apple could do it if it wanted to. It just likes its profit margins too much, that's all.
[...]
Apple could readily eat the additional cost and make these products here in the USA. They just choose profits over people, that's all. You underestimate the production efficiencies that could be reached in the USA.

No they couldn't. The shareholders would immediately fire any management that does this.

The basic principle of capitalism is to maximize profits. It's demanded by the market and the shareholders.
If you don't comply, the market will weed you out. Period.

Either get rid of that principle or forget about moving production to a more expensive place, just because it creates jobs there. There's absolutely no gain in that for the company.

Also, Tim Cook has rightly pointed out numerous times that it's not just the cheaper wages. It's the whole grown infrastructure there. China is not the cheap labor dump it used to be 20 years ago. There's a huge high tech industry in place. Plus, they have the mineral resources and the industry to process them just around the corner.
None of these companies belong to Apple and they can't just force all that infrastructure to move their booties to another place, just for American jobs.

And now, if you think that the government could force them, good luck with that! They can't enforce any of this just like that. It needs to be build up over decades, and the US chose not to do that.
Score: 6 Votes (Like | Disagree)

I may just settle on a refurbished iPhone 11 Max Pro at more than half off a new 12
walking around with a $1500 phone scares me
especially with all the projected people to be out of work and no jobs due to this virus.
I can see iPhone physical robberies happening.
A New iPhone can fetch a lot of money to a thief. especially a $1500 one.

I don't see why Apple isn't moving production back to America and sourcing parts exclusively from American companies.

Because this isn’t 1960, and the massive production facilities in the US no longer exist.
Score: 3 Votes (Like | Disagree)

sshambles
This year might just be the only year that the "iPhone may/might/could be delayed" rumour might actually have some validity to it.
Score: 3 Votes (Like | Disagree)
Read All Comments