Music streaming revenue increased by 25 percent last year and now accounts for 61 percent of all the cash brought in from recorded music in the United States, according to a new annual study from the Recording Industry Association of America (via Variety). 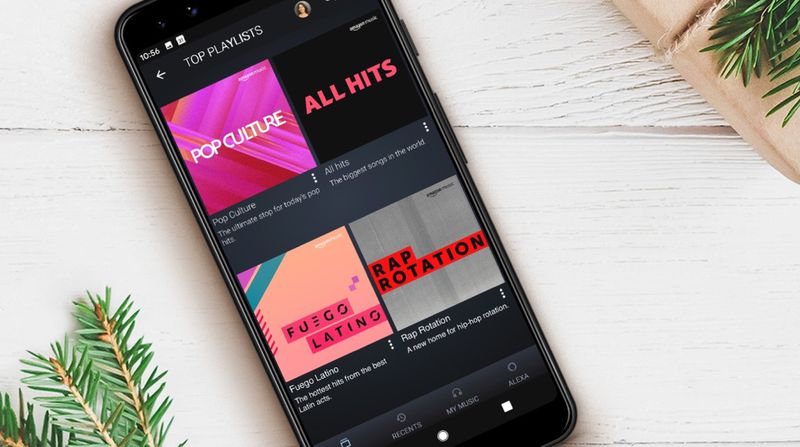 The RIAA study found that recorded music revenues hit a total of $11.1 billion in 2019, up from $9.8 billion the previous year. Of that, paid streaming music services like Apple Music and Spotify accounted for $6.8 billion in revenue during 2019.

That figure rises to $8.8 billion when including ad-supported streaming revenue, or nearly 80 percent of the overall cash made in the recorded music business last year.

The number of paid streaming subscriptions increased by 29 percent, with 60.4 million in 2019, compared to 46.9 million the previous year. That's over five-fold increase in music subscribers since 2015, when the total number of monthly subscribers was just 10.8 million.

Physical sales now account for just 10 percent of the marketplace, according to the RIAA, although the vinyl boom ensured that it wasn't the worst performer in recorded music revenue. Digital downloads have fared even worse, and adding up to just 8 percent of revenue. The RIAA says 2019 was the first year since 2006 that the money brought in from paid downloads was less than $1 billion.

‌Apple Music‌'s subscriber count last June was over 60 million, while Amazon Music recently claimed it has more than 55 million customers worldwide, although that figure includes a tally over several tiers, including Amazon Music for Prime subscribers and its free ad-supported plan. Spotify announced in September that it had 113 million paying customers.

This. I have Apple Music and google play music subscriptions but I still like having my whole music library of purchased songs downloaded to my iPhone. Streaming services are a convenience for me but I like to have something physical to fall back on.

dont they let you download them for offline listening? I know Spotify does
Score: 5 Votes (Like | Disagree)

Crap. I mean, they always say the iTunes story isn't going anywhere, so I'm not that worried, really. But I never want to have to rely on an internet connection for music (or most entertainment for that matter). I'll check back in another ten years.

Have you not checked in at any point the last 8 years?
Score: 2 Votes (Like | Disagree)

cgs1xx
I use Spotify because it’s a great music player, has equalizer etc but still buy my favourite tracks off iTunes. I have stopped buying physical albums though unless it’s one of my favourite artists. It still doesn’t make sense why streaming services pay less money even though the number of streams has gone up??
Score: 1 Votes (Like | Disagree)

dont they let you download them for offline listening? I know Spotify does

cylack
I have Apple music and its great that I can instantly add a song that I like to a playlist and I can listen to my entire music library through my Apple watch at the gym, but having to pay $120 a year for the rest of my life to have access to these songs bothers me.
Score: 1 Votes (Like | Disagree)
Read All Comments

Thursday April 2, 2020 4:06 pm PDT by Juli Clover
Apple's new low-cost iPhone is set to launch as early as Friday, April 3, according to a new report from 9to5Mac that cites a tip from a "highly trusted reader." The site says that while it can't be certain about the launch date, "Apple could reveal and begin taking orders for the new iPhone as soon as tomorrow." The iPhone 8 Apple is said to be planning to call the new iPhone, which is...
Read Full Article • 319 comments