Apple has purchased Seattle startup Xnor.ai, a company that specializes in on-device artificial intelligence, reports GeekWire, citing sources with knowledge of the acquisition.

Apple is said to have paid around $200 million for Xnor.ai, and while both Apple and Xnor.ai have declined to comment on the potential acquisition, much of the Xnor.ai website has been taken offline and GeekWire says that a move from the Xnor.ai offices is taking place in Seattle. 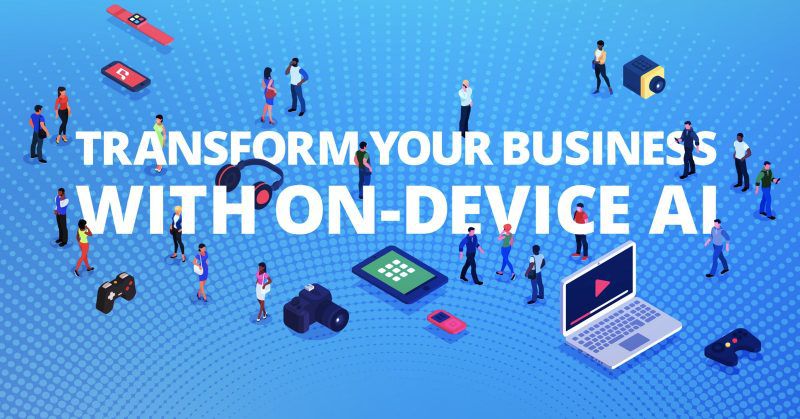 Xnor.ai's technology lets companies run deep learning algorithms locally on devices that include smartphones and wearables rather than requiring these computations to be done in the cloud. Xnor promised complete privacy of data along with reduced memory load and power demands.


Given Apple's deep interest in personal privacy, an acquisition of technology for handling AI on device is unsurprising. Apple has, in the past, purchased other similar AI companies, such as Turi.

Xnor.ai's work could potentially be incorporated into future iPhones, improving Siri and other AI and machine learning-based tasks that are done on device.

Update: Apple confirmed the acquisition of Xnor.ai to Axios with its standard acquisition statement: "Apple buys smaller technology companies from time to time and we generally do not discuss our purpose or plans."

Archmage
Well this probably explains why Xnor.ai terminated their contract for person detection with Wyze
Score: 10 Votes (Like | Disagree)

farewelwilliams
Wonder if Apple told them "dump Wyze first, then we have a deal"
Score: 6 Votes (Like | Disagree)

Xnor.ai's technology lets companies run deep learning algorithms locally on devices that include smartphones and wearables rather than requiring these computations to be done in the cloud.

Now we're going to see why Apple has spent so many resources in their industry leading A-Series chips.

"I don't need this A13 performance to open Instagram" is going to look pretty silly. Apple has been building this technology for the larger picture.
[automerge]1579115939[/automerge]

Yeah, I'm sure Apple was shaking in their boots at competing with a $200M AI startup.
Score: 5 Votes (Like | Disagree)

I love the headline "Apple Acquires...."

Then in the article: "Apple is said to have paid around $200 million for Xnor.ai, and while both Apple and Xnor.ai have declined to comment on the potential acquisition, much of the Xnor.ai website has been taken offline and GeekWire says that a move from the Xnor.ai offices is taking place in Seattle."

Hey Macrumors editor in chief! That's what we (in the news industry) call a "rumor based on speculation".

I know times are getting really tough for writers/publishers... believe me I know. But please ensure your headlines honestly reflect the nature of the story. It's a standard we all rely on for ethical reporting. (This was likely an error, but one that should not have happened given the very nature of the content on this site.)

You realize that Apple has confirmed via Axios, right? Maybe it's time you get off your soapbox.
Score: 3 Votes (Like | Disagree)

BTW, AI is NO smarter than whoever is coding the algorithms !

That’s like saying you will never be smarter than your parents. AI is proven to do things, such as making up languages to communicate with other AI that are more efficient that what they are programmed to use. They can go way beyond what their minders can monitor.
Score: 2 Votes (Like | Disagree)

There's a significant gap that Siri needs to pick up on to keep up to date featurewise with Amazon's or Google's AI work.

I don't think Apple has done a terrible job, but it's clear that on their own they haven't quite the same level of success as their competitors. Likely this will be a big injection of technology, and smart people.

I'm the biggest Apple fan, but even I have to say Apple has done a terrible job with Siri. Not so much with its recognition abilities - which I view on par with Google and Alexa - but with Siri without a network. I mean, come on!, why do I need a network connection for Siri to be able to change the volume on my iPhone Nothing more frustrating than using APPLE AirPods - which need Siri for pretty much everything - and not being able to do the most basic things without a network.

I hope this acquisition is an indication that Apple is finally getting off its a$$ and - after, what, a decade? - makes more of Siri available on-device.
Score: 2 Votes (Like | Disagree)
Read All Comments

Thursday April 2, 2020 4:06 pm PDT by Juli Clover
Apple's new low-cost iPhone is set to launch as early as Friday, April 3, according to a new report from 9to5Mac that cites a tip from a "highly trusted reader." The site says that while it can't be certain about the launch date, "Apple could reveal and begin taking orders for the new iPhone as soon as tomorrow." The iPhone 8 Apple is said to be planning to call the new iPhone, which is...
Read Full Article • 319 comments