Apple today updated its iTunes Remote app with support for Apple Music and the Apple TV apps in macOS Catalina, enabling a feature that was first introduced earlier this week in ‌macOS Catalina‌ 10.15.2.

Following today's iOS update and the macOS 10.15.2 update, the iTunes Remote app can be used to control playback in the Music and TV apps in ‌macOS Catalina‌. 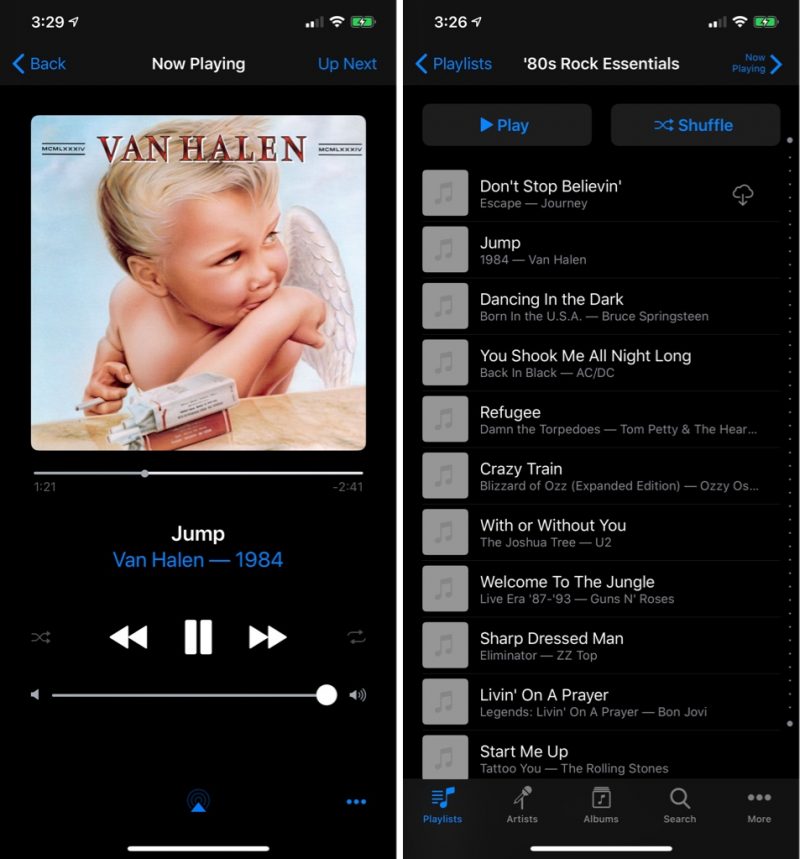 The new version of the iTunes Remote app also supports Dark Mode in iOS 13 and later, enabling a darker theme when ‌Dark Mode‌ is turned on.

iTunes Remote is a free app for controlling music libraries and other content on the Mac with the iPhone. It can be downloaded from the iOS App Store. [Direct Link]

Agreed! My dad bought me that cassette tape back in 1985 or so. I had to hide it from my Christian conservative mom. Good memories!
Rating: 5 Votes

Agreed! My dad bought me that cassette tape back in 1985 or so. I had to hide it from my Christian conservative mom. Good memories!


Have it on vinyl back in 1985 and still cherish it today. Regularly play it now (via Apple Music), even though my wife hates it - Jump is the worst song on the album. ‘House of Pain’ just amazing. ? ?
Rating: 2 Votes

mikethemartian
Van Halen’s MCMLXXXIV is my favorite album of all time.
Rating: 2 Votes

BillyBobBongo
Love how this went off topic so fast!!

I had the album on cassette tape. Ended up buying it twice on tape as my cassette player chewed it up. I was devastated. Of course I later picked it up on CD. Utter classic!
Rating: 2 Votes


1984 — what a year for heavy metal album releases in general!

Metallica's "Ride the Lightning"; Maiden's "Powerslave"; Dio's "The Last in Line"; Queensryche's "The Warning"; the debut albums by W.A.S.P. and Metal Church. Plus so many more.

Oh, and the soundtrack to the documentary about the loudest rock band of all, Spinal Tap!

Back on topic: I forgot all about the iTunes Remote app. I'm gonna have to try it out again with my Apple Music account.
Rating: 1 Votes

nylonsteel
i usually dont read the website sidebar articles
but when i saw vh 1984 cover art i had to check the article
seen them live at least 5 times with the classic line up
evh is on my list of great guitar players
Rating: 1 Votes
[ Read All Comments ]