Apple has asked the United States government to exclude Apple Watch, AirPods, HomePod, iPhone components, and other devices and parts imported from China from the 15 percent tariff that went into effect on September 1, reports Bloomberg.

Apple filed for exclusions on 11 products or components on Thursday, which was the first day that companies were able to ask for relief from tariffs. 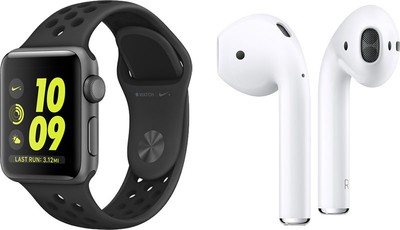 During Apple's earnings call earlier this week, Apple CEO Tim Cook confirmed that Apple is already paying tariffs on some of its products. Cook also said that Apple is hopeful the United States and China will resolve the trade dispute.

"I don't know every chapter of the book, but I think that will eventually happen," Cook said. "I certainly hope it happens during the quarter, but we'll see about that."

In its request for tariff waivers, Apple said that it has been unable to find a source outside of China able to meet the U.S. demand for products or components in the coming year.

Apple asked for tariff exemption for Mac Pro components earlier this year, and though Trump initially said Apple would not be granted tariff relief, Apple did indeed receive exemptions for some of the Chinese made components, and in turn agreed to manufacture the new Mac Pro in Texas.

Khedron
Following Tim's example can I request a waiver from paying my taxes since it puts me at a disadvantage in buying as much stuff as people who have more money than me?

ajfahey
The idea, Tim, is that you should be offshoring your production from China to a country that is less inclined to steal your intellectual property and more inclined to support free trade agreements in general. I‘m pretty sure that there are other countries other than China too with Universities that you can join as a director. Get with the program. Be an American.
Score: 35 Votes (Like | Disagree)

Would you still buy an iphone at 3 times its current price?

Apple has significant room to have higher costs without increasing the prices.


they just have to have the "courage" to tell wallstreet to **** off.

but with Tim Cook, that will NOT happen because his avarice is the same as those in wallstreet. The stock price is all that matters at the end of the day to them, and that means pushing margins as high as possible.

We need to stop making excuses for this sort of pure greed by Apple and it's share holders.
Score: 21 Votes (Like | Disagree)

TonyC28
Most valuable company in the world, a one-percenter if there ever was one, asking for a tax break. But it's Apple. We'll see how that plays on this forum.

In its request for tariff waivers, Apple said that it has been unable to find a source outside of China able to meet the U.S. demand for products or components in the coming year.

Unable to find a source as cheap as China, right?
Score: 19 Votes (Like | Disagree)

mytdave
All US companies were warned about production in China 3 years ago. Stop making your **** in China and move manufacturing to the US and other countries that are not currency manipulators and intelectual property theives. Get on it already. You should have started the process 3 years ago.
Score: 13 Votes (Like | Disagree)
Read All Comments