Apple has asked the Trump administration to exclude components for the new Mac Pro and various accessories like the Magic Mouse and Magic Trackpad from being subject to a 25 percent tariff on Chinese imports, according to filings with the Office of the U.S. Trade Representative uncovered by Bloomberg. 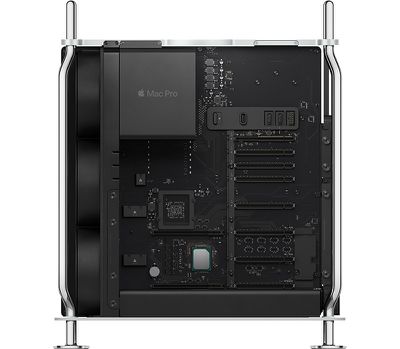 The administration has promised relief if companies can show that parts or products can only be obtained in China, among other factors, according to the report. In all of its exclusion requests (search for Apple), Apple indicates that "there are no other sources for this proprietary, Apple-designed component."

The new ‌Mac Pro‌ will be assembled by contract manufacturer Quanta Computer in China, according to The Wall Street Journal. The current ‌Mac Pro‌, released in 2013, has been assembled in Texas since its release and is Apple's only major hardware product manufactured in the United States.

Last month, an Apple spokesperson said "final assembly is only one part of the manufacturing process," adding that the new ‌Mac Pro‌ is designed and engineered in the United States and includes some U.S.-made components.

Trump's administration has threatened to impose another $300 billion in tariffs on Chinese imports, which would impact nearly every Apple product, but it has so far held off. In a recent letter, Apple warned that these tariffs would reduce its economic contributions and threaten its global competitiveness.

cmwade77
Sorry, they chose to move the production to China, they had already been assembling it in the U.S. previously, which shows that it CAN be done.

Now there could be an argument that the parts can only be purchased from China and thus should be exempt from import tariffs, but the fully assembled machines should absolutely be subject to the import tariffs.

As for the proprietary, Apple designed component, well it is proprietary and designed by Apple, which means they could literally take it anywhere that manufactures electronics (say Samsung in Korea even) and have them manufacture it, sorry, I don't buy into that argument, Apple owns the design, so they can do what they want, but they choose to get it from China, so yes, they should be subject to the tariffs as well.
Score: 43 Votes (Like | Disagree)

csi24
This is taking profit margins to a whole new level. And no, it shouldn't be allowed. Sorry, you're building the computer over there, you've got to pay the tariffs too
Score: 30 Votes (Like | Disagree)

if you think that the jobs performed by the uneducated masses of third world countries are a good thing, maybe you should question your life choices. America is past manufacturing, other developing countries are not. Get a decent education and this will not be an issue to you.

Somehow Japan is not “past manufacturing” and it’s not a “developing third world country”.
Score: 20 Votes (Like | Disagree)

dannyyankou
Maybe they should’ve thought about that before they decided to move out of Texas.
Score: 19 Votes (Like | Disagree)

konqerror
Lenovo assembles computers, particularly workstations and servers, in Mexico so it falls under NAFTA.

Funny how the Chinese are better at this than Tim Cook.
Score: 15 Votes (Like | Disagree)

Andres Cantu
No other sources or don’t want to pay more for there to be other sources? C’mon Apple, you’re already making a killing in margins.
Score: 15 Votes (Like | Disagree)
Read All Comments