Amid rumors that Apple is developing a Tile-like accessory that will help users keep track of their personal belongings, Tile today announced a new smart tracker called the Sticker, along with an updated Tile Slim. 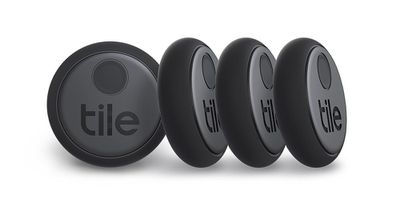 About the size of a quarter, the Tile Sticker is the company's smallest tracker to date, and features waterproofing and a 3M adhesive backing for attaching it to most metal and plastic objects, including remote controls, cameras, and outdoor gear. The Tile Sticker is available in black and in twin packs for $39.99, or a pack of four for $59.99.

Meanwhile, the Tile Slim assumes a new compact form factor that's the shape and thinness of two credit cards. It also now features a three-year battery life, a speaker that's twice as loud as the previous model, and a 200-foot range. The Tile Slim also comes in black and costs $29.99 for a single device.

In addition, Tile's most popular tags – the Mate and Pro – have had their ranges extended to 400 feet. The Tile Mate costs $24.99 and the Tile Pro can be had for $34.99. All Tile trackers are available today from Tile's website, Amazon, and other retailers.

Based on assets discovered in iOS 13 by MacRumors, Apple's equivalent electronic tracker accessory is expected to be a small, circular tag with an Apple logo in the center.

The tags will be closely integrated with the new Find My app in iOS 13 and macOS Catalina, which merged Apple's previous ‌Find My‌ iPhone and ‌Find My‌ Friends services into one.

Apple Tags concept by MacRumors
While not available in public betas of iOS 13, the internal build contains a new "Items" tab in the ‌Find My‌ app for ‌iPhone‌ and iPad, which allows users to track the location of personal belongings.

Noted Apple analyst Ming-Chi Kuo has said he expects Apple's tags to feature ultra-wideband or "UWB" technology, which can be found in the ‌iPhone‌ 11, ‌iPhone‌ 11 Pro, and iPhone 11 Pro Max.

Ultra-wideband is a short-range, low-power radio technology that is able to provide more precise indoor positioning than Bluetooth LE and Wi-Fi, suggesting that Apple's tags will be more accurate at pinpointing the location of lost items than Tile's current item trackers, which rely on Bluetooth LE.

Apple's tagging products went unmentioned at its September 10 event, but it's possible the company could make some sort of announcement soon, possibly during an October event.

Apple has several rumored products in its pipeline that could make an appearance as early as this month, including a 16-inch MacBook Pro with a scissor keyboard and an all-new design, refreshed iPad Pro models that will possibly sport triple-lens rear camera systems, and a refreshed Apple TV.

I'm not sure why people are so fascinated with these. Seriously, how many people actually bought and used these things?

I bet you'll lose something now you've said that.
Score: 12 Votes (Like | Disagree)

macobyte
All this does is make me want Apple’s tags more. If Apple’s solution using UWB requires no charging or stays charged for multiple years and is very small and thin, they it will address every issue I’ve had with Tile. I think Tile will be dead in the water.

All signs pointed to an imminent announcement before the last event. Have their been any rumors as to why it was held back? Technical issues like AirPower?
Score: 9 Votes (Like | Disagree)

All this does is make me want Apple’s tags more. If Apple’s solution using UWB requires no charging or stays charged for multiple years and is very small and thin, they it will address every issue I’ve had with Tile. I think Tile will be dead in the water.

All signs pointed to an imminent announcement before the last event. Have their been any rumors as to why it was held back? Technical issues like AirPower?

Maybe Apple wants to avoid another Pro Stand laugh track. There's no way they can get anywhere near Tile's prices when even their clear case goes for $39.

Just saw this on Tile's website, which is possibly the worst promotional image ever. Who thought this looked like a reasonable use case? 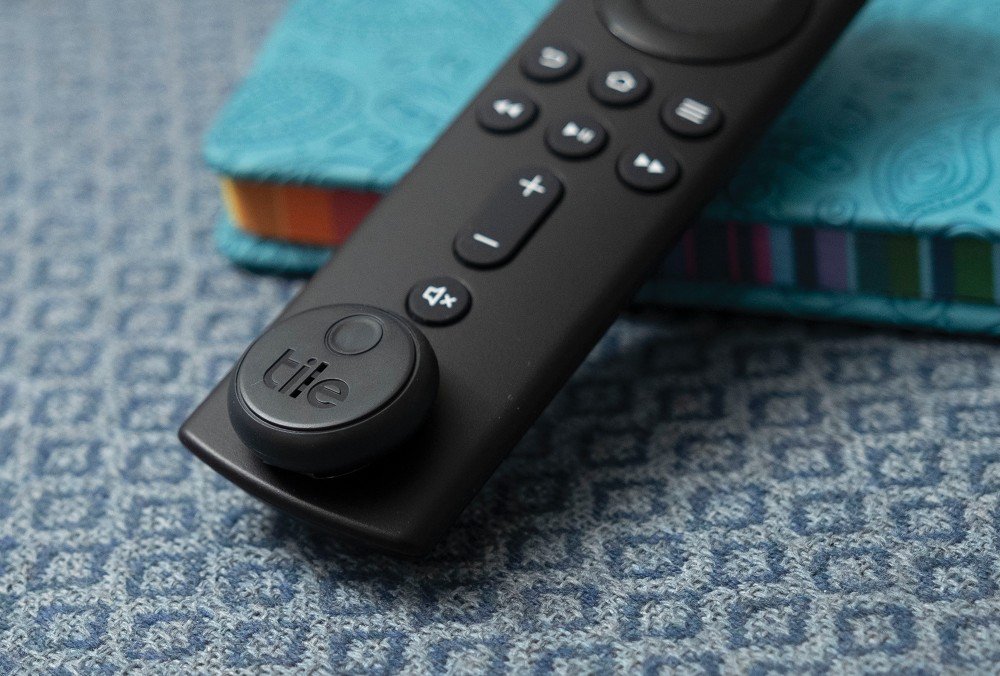 rmoliv
Ridiculous product. Never needed such a thing to find my belongings.
Score: 7 Votes (Like | Disagree)
Read All Comments