Last week, MacRumors revealed new details about Apple's upcoming Tile competitor, with internal iOS 13 code suggesting that Apple plans to release small, circular "tags" that can be attached to electronic devices, backpacks, keys, and other personal belongings to keep track of their locations.

Apple Tags concept by MacRumors
Now, noted Apple analyst Ming-Chi Kuo has thrown his weight behind this rumor. In a research note with TF International Securities today, obtained by MacRumors, Kuo said he expects Apple's tags to feature ultra-wideband or "UWB" technology. As he has said previously, Kuo also expects all three 2019 iPhones to support UWB.

Ultra-wideband is a short-range, low-power radio technology that is able to provide more precise indoor positioning than Bluetooth LE and Wi-Fi, suggesting that Apple's tags will be more accurate at pinpointing the location of lost items than Tile's current item trackers, which rely on Bluetooth LE.

The distance between two UWB devices — such as an upcoming iPhone and Apple Tag — can be measured precisely by calculating the time that it takes for a radio wave to pass between the two devices, according to Electronic Design, which notes that UWB is up to 100× more accurate than Bluetooth LE and Wi-Fi:

In practice, UWB signals are able to effectively measure distance between two devicesNo with 5- to 10-cm accuracy, compared to roughly 5-m accuracy for Wi-Fi and Bluetooth. When implemented in a system of fixed beacons tracking tag locations, the locations can be calculated to within 10-cm accuracy.

It is unclear if Apple's tags will rely solely on UWB, which would seemingly limit their compatibility to 2019 and newer iPhones, or if they will also incorporate Bluetooth LE for use with older devices.

Last week, MacRumors revealed that Apple's tags will be closely integrated with the new "Find My" app in iOS 13, which merged the Find My ‌iPhone‌ and ‌Find My‌ Friends apps into one package. Specifically, Apple has been working on an "Items" tab in the app for tracking the location of Apple-tagged items.

‌iPhone‌ users will receive a notification when they are separated from a tagged item, according to an internal version of the "‌Find My‌" app obtained by MacRumors. If necessary, users can then tap a button in the app that will cause Apple's tag to chime to help them locate the lost item.

"Safe Locations" can be set where the user will not be notified if this item is left in those locations, and users will also be able to share the location of items with friends and family members, based on internal iOS 13 code.

If users are unable to find an item, they can place the attached tag into a "Lost Mode." Then, if another ‌iPhone‌ user comes across the lost item, the owner will be instantly notified. The stranger will also be presented with the owner's contact information, possibly via push notification or in the ‌Find My‌ app.

Like the Pixie Tracker, the ‌Find My‌ app will likely incorporate functionality from Apple's ARKit platform. An internal build of iOS 13 includes an asset for a 3D red balloon that could help a user pinpoint a lost item after scanning a room with their ‌iPhone‌. There's also an image of a 2D orange balloon.

"Walk around several feet and move your ‌iPhone‌ up and down until a balloon comes into view," a string in the internal ‌Find My‌ app bundle reads.

Apple is hosting an event at Steve Jobs Theater next Tuesday, where it is widely expected to unveil new ‌iPhone‌ and Apple Watch models. It certainly seems like development of Apple's tags has reached an advanced stage, but it is unclear if the product will be introduced at the keynote or later.

Justanotherfanboy
Uh-oh, a new technology that’s useful... included in the new iPhones??
Nobody tell the “lack of innovation” crowd!
Score: 46 Votes (Like | Disagree) 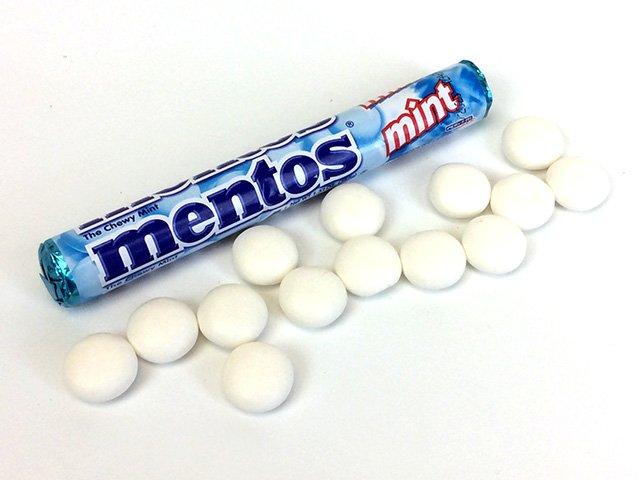 copperbutte
Good that  is doing this because as a long-time Tile user, I've had it.
Just yesterday, Tile proved that I am wasting my money on their sub-par setup. It used to be good, but honestly, I can't wait to get rid of them now.

Wife lost her keys while shopping. Do you think Tile had even "seen" her keys (with Tile Pro) in the last two days, even though they're in the same purse? No - big fat NO.

Klae17
How much are we betting that the batteries are not user replaceable?
Score: 12 Votes (Like | Disagree)

What Pathetic humans we have become requiring nannies to do everything for us so we don’t have to actually use our own god given brain.
Tim is genius at making us reliant on Apple for everything. And you lot think this is a good thing.

mr.steevo
Actually, what I really want is a tracker I can put on my cats that isn’t the size of a pager.
Score: 10 Votes (Like | Disagree)
Read All Comments

Saturday April 17, 2021 4:43 am PDT by Sami Fathi
Reliable leaker known as l0vetodream has hinted that Apple may debut its rumored redesigned and colorful iMac at its "Spring Loaded" event on Tuesday, April 20. In a tweet, the leaker posted an image of Apple's logo used for marketing the upcoming event and an image of the retro rainbow Apple logo alongside the colorful lineup of G3 iMacs. Apple leaker Jon Prosser previously reported that...
Read Full Article • 297 comments

Saturday April 17, 2021 11:38 pm PDT by Tim Hardwick
Leaker known as "DuanRui" has shared more images that could give us our best look yet at Apple's redesigned notch for the iPhone 13. The new pictures follow similar images shared by the leaker last week, but the latest shots include a comparison with the existing iPhone 12 notch. DuanRui posted three images on Twitter that apparently originate from Weibo, although source details remain...
Read Full Article • 173 comments

Monday April 19, 2021 6:37 am PDT by Hartley Charlton
Apple is planning to launch a new entry-level iPad, iPad mini, and iPad Pro at its "Spring Loaded" event tomorrow, along with "a few surprises," according to Wedbush analysts. In a new note to investors, seen by MacRumors, Wedbush analysts Daniel Ives and Strecker Backe explained that the iPad will be the main focus of Apple's "Spring Loaded" event, with new entry-level iPad, iPad mini, and ...
Read Full Article • 185 comments

Friday April 16, 2021 6:13 am PDT by Hartley Charlton
A video purporting to be of the third-generation Apple Pencil has today been shared online, showing a glossy finish that mirrors previous leaks. New ✏️ ready to 🚢 #AppleEvent @TommyBo50387266 pic.twitter.com/s4RCDwDi5M— 漢尼斯·拉斯納 🇨🇳 (@ileakeer) April 16, 2021 The brief video from Twitter account @ileakeer, spotted by 9to5Mac, shows an Apple Pencil with a glossy finish much like the...
Read Full Article • 61 comments

Monday April 19, 2021 11:30 am PDT by Juli Clover
The upcoming 12.9-inch iPad Pro will be thicker than the previous-generation version, likely due to the inclusion of the mini-LED display. We've heard several rumors about the change in thickness, and now leaked design images have confirmed it. A source that designs accessories for Apple devices sent MacRumors a series of photos that feature exact dimensions for the new iPad Pro models, and...
Read Full Article • 239 comments

Friday April 16, 2021 10:01 am PDT by Juli Clover
The two higher-end "iPhone 13 Pro" models that are coming in 2021 are expected to use LTPO display technology to enable 120Hz refresh rates, according to display analyst Ross Young. Young reaffirmed the detail in a tweet that said he'd heard rumors about only one model featuring LTPO, which he says is inaccurate. Heard some rumors in the industry and media that there would only be one ...
Read Full Article • 102 comments