Apple's rumored 16-inch MacBook Pro will be released in the third quarter, aka early fall, according to Taiwanese research firm TrendForce. 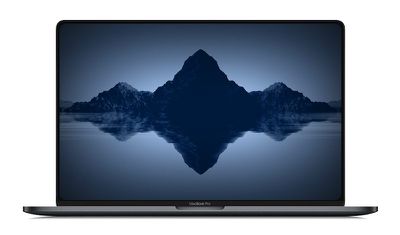 An excerpt from TrendForce's press release on notebook market share:

According to the 3Q outlook for notebook shipments, demand for Chromebooks remains strong thanks to the back-to-school period; at the same time, we see new products hitting shelves, such as Apple's 16-inch MacBook, Dell's products with 16:10 aspect ratio, Asus's dual-screen laptop, as well as various gaming laptops in increasingly hot demand.

TrendForce is at least the fifth source to claim that a 16-inch MacBook Pro is coming in the fall, alongside TF International Securities analyst Ming-Chi Kuo, IHS Markit analyst Jeff Lin, DigiTimes, and the Economic Daily News, but reports have been conflicting about a September or October release month.

In the fall, Apple typically unveils new Macs in October. The company has hosted Mac- or iPad-centric media events in October in five of the past seven years, including 2016 and 2018, allowing it to focus on the iPhone, Apple Watch, and sometimes the Apple TV and accessories at its September event.

The 16-inch MacBook Pro will feature an all-new design, including a more reliable scissor mechanism keyboard, according to ‌Ming-Chi Kuo‌. The notebook is also rumored to feature narrower bezels, perhaps allowing the 16-inch display to fit in a notebook with a similar physical size as the current 15-inch model.

Meanwhile, Jeff Lin believes the 16-inch MacBook Pro will feature a 3,072×1,920 resolution and be powered by Intel's 9th-generation Coffee Lake Refresh processors, suggesting the notebook will be configurable with up to an 8-core Core i9 processor in line with the latest 15-inch MacBook Pro.

Last year, Apple hosted its Mac and iPad Pro event on October 30, so we could be two to three months away from the 16-inch MacBook Pro reveal.

v0lume4
Here's to hoping for a return to the 2015-era MacBook Pros! Absolute perfection at the crossroads of design and utility.
Score: 38 Votes (Like | Disagree)

iPhysicist
Here's hoping for a return of reasonable priced and speced machines.
Score: 28 Votes (Like | Disagree)

Packdude
Here's hoping for a return to the scissor switch keyboard and a fond farewell to butterflies.
Score: 22 Votes (Like | Disagree)

CarlJ
Put a real Escape key on it and take my money!
Score: 20 Votes (Like | Disagree)