Apple's widely rumored 16-inch MacBook Pro will be powered by Intel's 9th-generation Coffee Lake Refresh processors, in line with the 15-inch MacBook Pro released in May, according to IHS Markit analyst Jeff Lin. 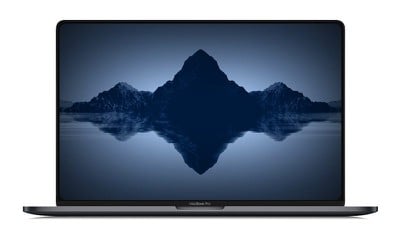 If accurate, this means the 16-inch MacBook Pro will be configurable with up to an 8-core Core i9 processor with a 2.4GHz base clock speed and a max Turbo Boost frequency of 5.0GHz. The lineup also includes 6-core Core i7 processors. All of the chips are 45W with integrated Intel UHD Graphics 630.

Notably, this would mean that Apple isn't yet ready to use Intel's latest 10th-generation Ice Lake processors. These chips might not have been powerful enough for the 16-inch MacBook Pro, as there are currently no 6-core or 8-core options, and they have low TDPs ranging between 9W and 15W.

Rumors suggest the 16-inch MacBook Pro will feature an all-new design with narrower bezels and a more reliable scissor mechanism keyboard. In a research note obtained by Forbes, Lin said the 16-inch display will have 227 pixels per inch, in line with a previously rumored 3,072×1,920 resolution.

Lin believes the 16-inch MacBook Pro will enter production in September, setting the stage for a fall release, but there is still some debate as to whether Apple will unveil the notebook in September or October. In the fall, Apple typically unveils new Macs in October, but it could always break with tradition.

There is some speculation that the 15-inch MacBook Pro may be discontinued shortly after the 16-inch model launches, but TF International Securities analyst Ming-Chi Kuo has said the 15-inch model will be refreshed in 2020.

UbuntuFu
If they get rid of that underutilized half-baked touch bar they can lower the price by $300.

Jack Burton
They have my attention. They could lose it if the price is insane.
Score: 45 Votes (Like | Disagree)

At this rate. I might buy this laptop before I upgrade my I Phone 8. But seriously, why couldn't the display be native 4K?

Because it's a waste of power and you wouldn't be able to see it. You already can't see individual pixels, that's the point of retina.

If they were going to do anything making it 120hz would be far more beneficial.
Score: 35 Votes (Like | Disagree)

AustinIllini
The pricing is the key point here.
Score: 27 Votes (Like | Disagree)

topgunn
I will pay extra for an escape key.
Score: 20 Votes (Like | Disagree)

Valen1
The key point besides price is functionality. Will it have the necessary ports, i.e., SD card, USB-A, or continue this stupid thinness craze. We want FUNCTIONALITY and not having to look for adapters. A couple of millimeters isn't a deal breaker. LACK OF FUNCTIONALITY IS!
Score: 16 Votes (Like | Disagree)
Read All Comments

Friday May 14, 2021 11:52 am PDT by Juli Clover
Following the discontinuation of the iMac Pro, Apple also appears to be discontinuing Space Gray "Magic" accessories that it sold separately alongside the iMac Pro. The iMac Pro was the only Space Gray Mac, and Apple designed special matching accessories for it. The Space Gray Magic Mouse 2, Magic Keyboard, and Magic Trackpad all now say "While supplies last" in small wording at the bottom...
Read Full Article • 363 comments

Sunday May 16, 2021 2:39 pm PDT by Eric Slivka
The Browse tab in the Music app across Apple's platforms has started displaying a prominent teaser hinting at an upcoming major announcement for Apple Music. Under the heading "Coming soon," the headline says "Get ready – music is about to change forever." An accompanying "Tune-In Video" simply shows an animated Apple Music logo. Rumors have indicated that Apple is preparing to launch a...
Read Full Article • 140 comments