Apple is teaming up with the BBC to co-produce an eight-part comedy-drama series with a working title of "Alabama," according to a report from British comedy website Chortle highlighted by Engadget. 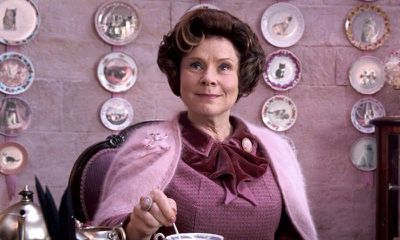 Imelda Staunton
Written by former stand-up Andy Wolton, the show will reportedly star Imelda Staunton, who is best known for her performance in the British comedy television series "Up the Garden Path" and for playing Dolores Umbridge in the Harry Potter movies "Order of the Phoenix" and part one of "Deathly Hallows."

The series is reportedly in production and is slated to air worldwide next year on Apple's upcoming streaming video service, Apple TV+. Apple and BBC declined to comment on the series, and plot details have yet to be revealed.

HappyDude20
She played Umbridge so well I hated that woman.

Is that why major US networks have always tended to do copies of British shows, with HBO practically piggybacking off everything the BBC does now? Hm?
Score: 12 Votes (Like | Disagree)

I find myself routinely enjoying British whodunnits and dramas, and find them superior to most US TV (often on par with HBO).
Score: 9 Votes (Like | Disagree)

Welcome to the new Macrumors. A Blog about tv, film and the glamorous life of the stars.

No, it's about a huge recurring revenue service play by the company about which this blog is written.
[doublepost=1562950507][/doublepost]

No, it's not a binary choice for Apple, far from it. Services are an important part of their incredible ecosystem, but they are accelerating their hardware and software releases, which are the largest part of the over $1BILLION a month they are putting into Research and Development.

Would that somehow make you need to buy a laptop from them more frequently? Exactly what would be gained by accelerating their hardware and software releases" aside from diluting the offerings? People will not suddenly be excited if there are wild major changes to the platform coming out every 6 months, and it would be a nightmare for any enterprise.
Score: 7 Votes (Like | Disagree)

What programmes (shows) are you basing that statement on? I'm interested, because this doesn't sound like an accurate assessment of British TV.
Score: 6 Votes (Like | Disagree)
Read All Comments