Apple may be gearing up to slim down and then completely remove the notch from iPhones over the next two years. 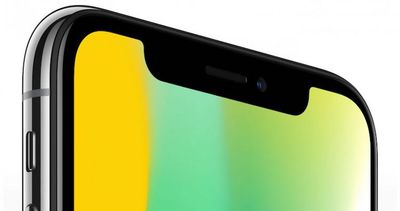 First, reputable analyst Ming-Chi Kuo is out with a new research note today via Chinese website MyDrivers in which he claims that at least one new iPhone in 2020 will be equipped with a smaller front camera lens for an improved screen-to-bezel ratio, suggesting the notch will be slimmer.

Second, the China Times cites an analyst at investment firm Credit Suisse in Asia who believes Apple plans to release one new ‌iPhone‌ model without a notch or Face ID in 2020. The analyst claims the ‌iPhone‌ will instead feature an under-screen front camera and full-screen acoustic fingerprint authentication, which sounds like a version of Touch ID that would work anywhere on the ‌iPhone‌'s display.

Together, these rumors paint the following timeline:

Likewise, following meetings with suppliers in Apple's Asian supply chain in May, Barclays analysts claimed that 2020 iPhone models will have acoustic fingerprint technology that could allow for full-screen ‌Touch ID‌.

The notch has been a controversial design decision since it debuted on the ‌iPhone‌ X in 2017, and it has always felt like a stopgap on the way to an ‌iPhone‌ with a truly edge-to-edge display, so these rumors certainly have some plausibility. However, these reports should still be viewed with some skepticism until they are corroborated by other sources. It is also early, so these plans could change.

Do you want a sneak peek at the future? Here you go...introducing you to Under-Display Camera technology!#Xiaomi #InnovationForEveryone pic.twitter.com/d2HL6FHkh1 — Xiaomi #SummerBonanza2019 (@Xiaomi) June 3, 2019

Samsung has so far taken a different approach to avoid the notch, with its Galaxy S10 and Galaxy S10+ smartphones featuring circular and pill-shaped front camera cutouts respectively in the top-right corner of the display.

Apple's exact approach if any remains to be seen, but it is certainly starting to sound like the notch might not be around for too much longer.

TreyCox
I cannot wait to get Touch ID back. I really do not like Face ID at all. full screen Touch ID would be a much much better user experience than Face ID.
Score: 59 Votes (Like | Disagree)

sracer
I was against the notch. I thought it was hideous and greatly distracted from the user experience. But the legions of notch-loving fans convinced me otherwise... now, no notch, no sale.
Score: 35 Votes (Like | Disagree)

azdolan
I can’t see them getting rid of Face ID. It’s so convenient and, in my opinion, better than Touch ID
Score: 25 Votes (Like | Disagree)
Read All Comments