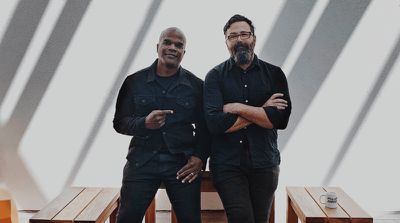 Edwards is going to be overseeing ad creation for Apple's services, such as Apple TV+, Apple Music, and Apple Pay, while Monn will work on iPhone-related content. In a statement, Edwards, who is new to TBWA, called Apple the "best brand in the world."

"When you get a call from Brent Anderson to work on the best brand in the world, in the house that Lee Clow and Steve Jobs built, the decision is easy."

Edwards previously worked at R/GA on advertisements for companies like Nike, Disney, and Pepsi, while Monn has spent the past 20 years at TBWA working on campaigns promoting Mac, iPhone, and iPad, including the recent "Behind the Mac" series.

EdT
This information and around $2 will get you a cup of the cheap coffee at Starbucks.
Score: 2 Votes (Like | Disagree)

dannyyankou
I thought they were doing ads in house now?
Score: 2 Votes (Like | Disagree)
Read All Comments