iOS apps and features including Shortcuts, Screen Time, and iMessage effects will be coming to macOS later this year, after they're first unveiled at Apple's Worldwide Developer's Conference in June. The information was shared today by 9to5Mac's Guilherme Rambo, who spoke with people familiar with the development of macOS 10.15. 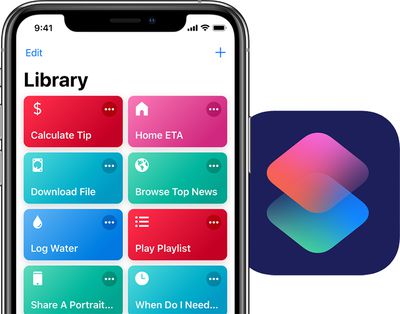 The major update to macOS, which is expected to launch in the fall, will include support for Siri Shortcuts. Apple updated the previous Workflow app for iOS to become ‌Siri‌ Shortcuts in September 2018, alongside the release of iOS 12. It allows you to create multi-step automations that you can initiate with a simple ‌Siri‌ command.

Today, Shortcuts has expanded to numerous third-party apps like American Airlines and Caviar. Later this year, Mac computers will get "system-wide" support for ‌Siri‌ Shortcuts, according to today's report.

Secondly, macOS 10.15 will see the addition of Screen Time, which tracks your device usage and reports back to you at the end of each week with statistics on what apps you use the most. Parents can use the feature to limit the time their kids spend in certain apps, and people trying to take a break from social media can set time limits on apps like Instagram and Twitter.

On macOS, this feature will work essentially the same as it does on iOS. It'll be housed in a new panel in System Preferences to customize its settings, and an overlay will appear when time limits are exceeded, where you can close the app or bypass the Screen Time lock with a passcode.

Lastly, macOS will be getting iMessage screen effects that have been exclusive to iPhones and iPads for a few years. These include full screen effects like Echo, Balloons, Confetti, and Lasers. On current versions of macOS, when an iPhone user sends these effects and they're read on a Mac, the iMessage screen on Mac simply states "Sent with [Effect Name]" below the message.

Today's news follows previous reports about Apple's plans to tie the iOS and macOS ecosystems more closely together. This includes letting developers release universal apps that work across ‌iPhone‌, iPad, and Mac devices, which could happen by 2021. Last year at WWDC, Apple also ported a few iOS apps to macOS for the first time, including Home, News, Voice Memos, and Stocks.

Amadeus71
More useless features on macOS - remember when there were reasons to look forward to a new version of OS X?
Score: 49 Votes (Like | Disagree)

Andres Cantu
Pretty negative responses so far, but I welcome feature parity between iOS and macOS, even if it’s for smaller things like these.
Score: 17 Votes (Like | Disagree)

The top of the line Mac Pro is 6 years old with 4+ year old hardware. The Macbook Pro has keys that stick. The Mac mini is MIA. The iMacs have 5200RPM hard drives that I had in my Mac 10 years ago and replaced with SSDs. Shouldn't all Mac come standard with SSDs in 2019?. I am still using my 2008 Mac Pro and am waiting for a compelling upgrade.

How does the worlds most valuable company forget to do what brought them to the dance?
I guess the heroin of iPhone profit has killed the golden Apple of innovation. "Can't innovate my ass" is right.
Score: 16 Votes (Like | Disagree)

The Mac mini is MIA.

justperry
Useless crap, especially Siri shortcuts, I really have a hard time getting Shortcuts.
Prefer stuff like APFS, or even Darkmode, not this stuff.
Score: 16 Votes (Like | Disagree)

8CoreWhore
i wish apple would improve macos spellcheck. give it parity with ios. had i typed this in ios and not macos, you would see several capital letters but instead there are none.
Score: 13 Votes (Like | Disagree)
Read All Comments